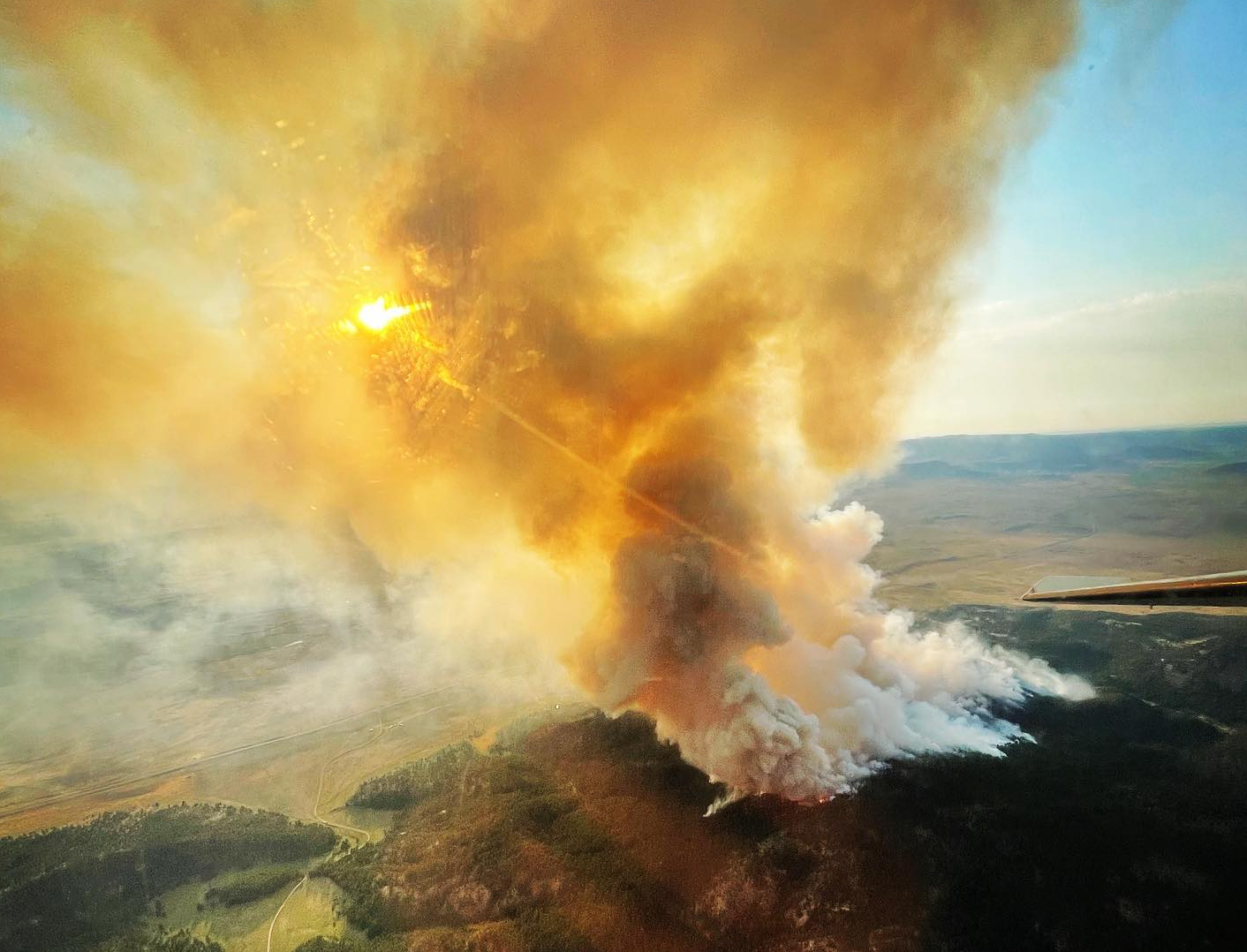 UPDATE: The Fish Fire has grown to 6,500 acres, the Wyoming Forestry Division said in a 3:15 p.m. Tuesday update. NCFD has also sent a second firefighter to assist. Further updates are available in this article.

CASPER, Wyo. — Natrona County Fire District is sending Fire Captain Darek Pepple to the Fish Fire near Sundance, which has burned about 750 acres since Sunday.

Burning timber in the steep, rugged terrain of the Black Hills National Forest, the Fish Fire is 0% contained and believed to be human-caused, according to Great Plains Fire Information. On Monday, crews worked to install structure protection around residences in the evacuated Canyon Springs Subdivision.

Extreme fire behavior with crowning, torching and spotting is being reported by the NCFD.

“We wish Captain Pepple the best of luck, safe travels and a safe fire assignment,” the agency said.

NCFD Brush 7-4 is still on the Sugarloaf Fire in Converse County, which is currently 700 acres in size with 19% containment.