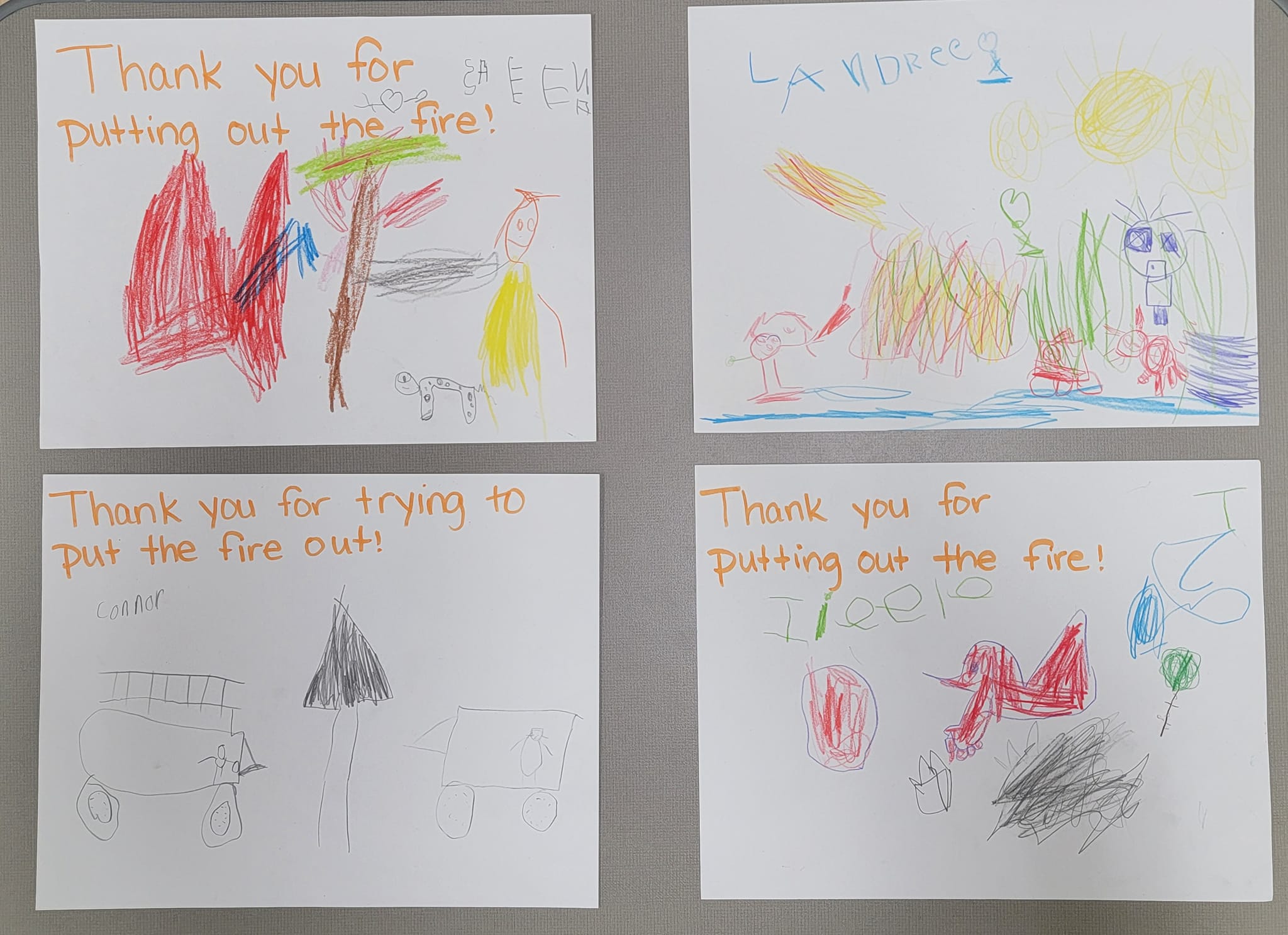 Drawings from kids thanking firefighters for their efforts on the Fish Fire near Sundance. (Fish Fire Information, Facebook)

Crook County lifted all evacuations for residents of the area at 8 a.m. Friday.

“As residents return home, they should be aware of fire traffic and incoming wet weather which could make road surfaces slick and cause debris movement in fire scars,” the update noted.

A closure area remains in effect on the Black Hills National Forest, with details available from the U.S. Forest Service.

Containment of the 6,668-acre fire has increased to 44% with 497 personnel assigned to fight it, Fish Fire Information said on Friday morning.

The fire area has a 40% chance of rain on Friday evening. Temperatures are expected to reach into the upper 80s with humidity levels around 25% along with 5–10 mph winds. Winds could increase up to 30 mph when storm fronts arrive and lightning will be possible, the update noted.

Fire activity is expected to remain similar to that of the past few days with the exception of areas where heavy fuels and pockets of heat exist, Fish Fire Information said.

“Today, crews will take advantage of higher humidity and cooler temperatures, as fire behavior is expected to be diminished once again,” the Friday morning update said. “They will continue to focus in Division T, where the majority of fire activity and heat have been. Recently detected spot fires and places where the fire moved across, or ‘slopped over,’ the established fire line will be worked again.

In terms of structure protection, fire managers have been refining strategies in recent days.

“This included ordering a chipper and box truck to remove vegetation cut during fire line construction and structure protection operations,” the update said. “Chipped materials can be spread out and used to reduce erosion by catching and slowing water runoff where needed. Today’s work will be an expansion of efforts from the last few days in addition to the chipping work.”

The fire was initially discovered on July 31 and is suspected to have been human-caused. The specific cause is under investigation.

The Rocky Mountain Complex Incident Management Team 1 is in command of the fire. More information is available via: