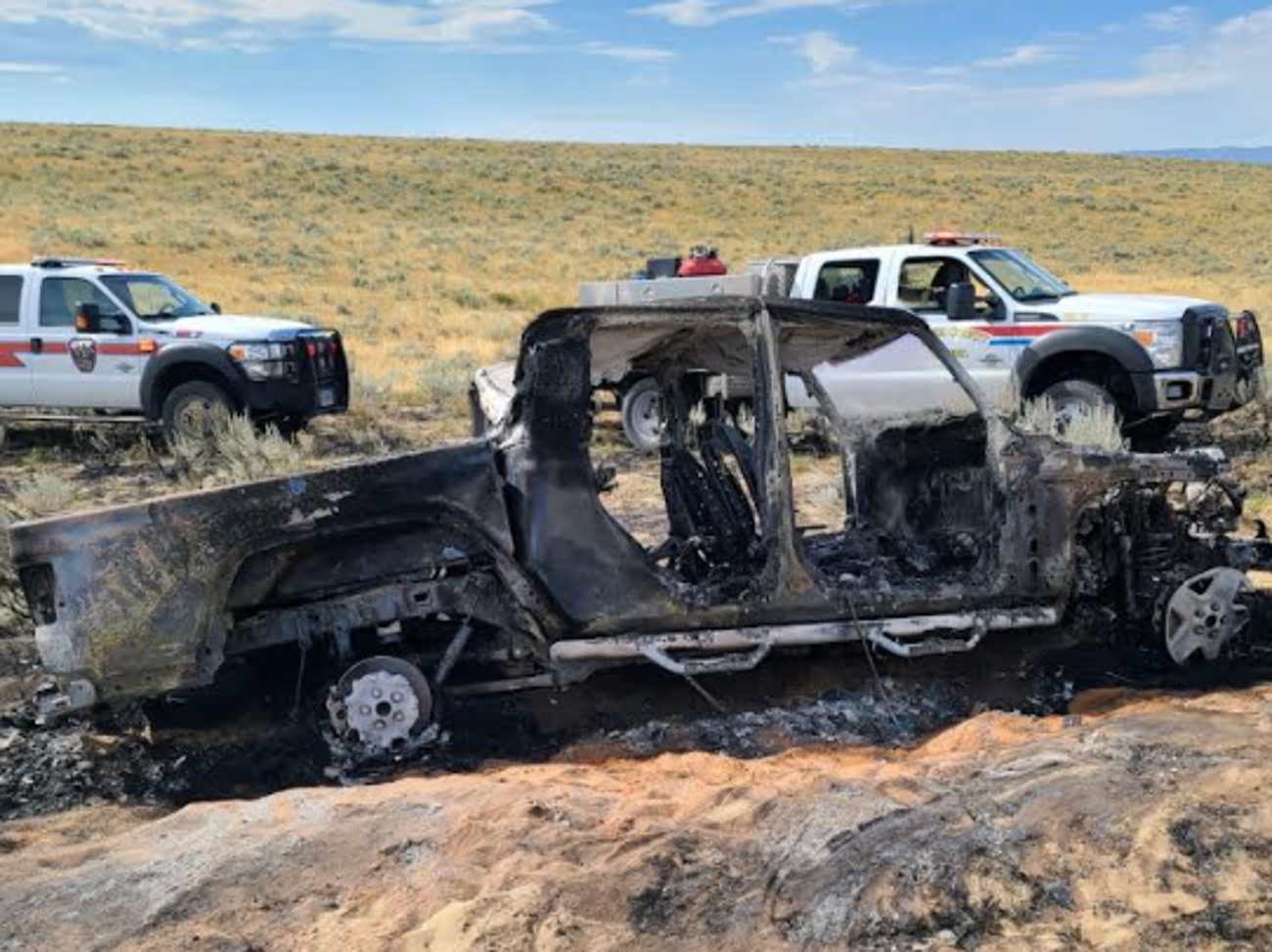 CASPER, Wyo. — Firefighters responded to a report of a vehicle fire at around 8:07 a.m. Friday in the area of East Ormsby Road and BB Brooks Boulevard north of Casper, according to the Natrona County Fire District.

The reporting party said that a truck was engulfed in fire and that the grass around it was starting to catch on fire.

“A large black smoke column was visible during the response to the north of Casper, on the east side of Interstate 25 after dispatch,” NCFD said in a press release at around 11 a.m. Friday.

When crews arrived, the vehicle fire was decaying, but there was an actively burning grass fire, NCFD said.

“Units went to work to quickly contain the grass fire and put the rest of the vehicle fire out,” the release said. “Some crews are currently on scene patrolling for hot spots, with others being released to return to service.”

The grass fire was mapped at 3.4 acres.

“This incident had the potential to become much larger, but thanks to the fast response and hard work of firefighters, this fire was kept relatively small,” the release said. “No reports of injuries to firefighters were noted.”

“The vehicle was destroyed; but thankfully, the driver and the driver’s dog were able to make it out of the truck without any injuries,” NCFD said.

Multiple units with NCFD responded to the fire, along with assistance from the following agencies:

“This incident again showed how well interagency cohesion worked with our mutual aid partners and
agencies,” NCFD said. “NCFD would like to thank all units and resources that assisted with this incident.

“We would like to take this time and remind everyone to continue to mitigate for wildfire as much as possible. Mowing
and cutting grasses down around your property can aid in slowing and even stopping fires. Whenever possible, do not park in tall grass and secure tow chains up high when hauling anything behind your vehicle. The heat from the exhaust and the sparks from chains against the road could start fires. Thank you, Natrona County. Stay Safe!”