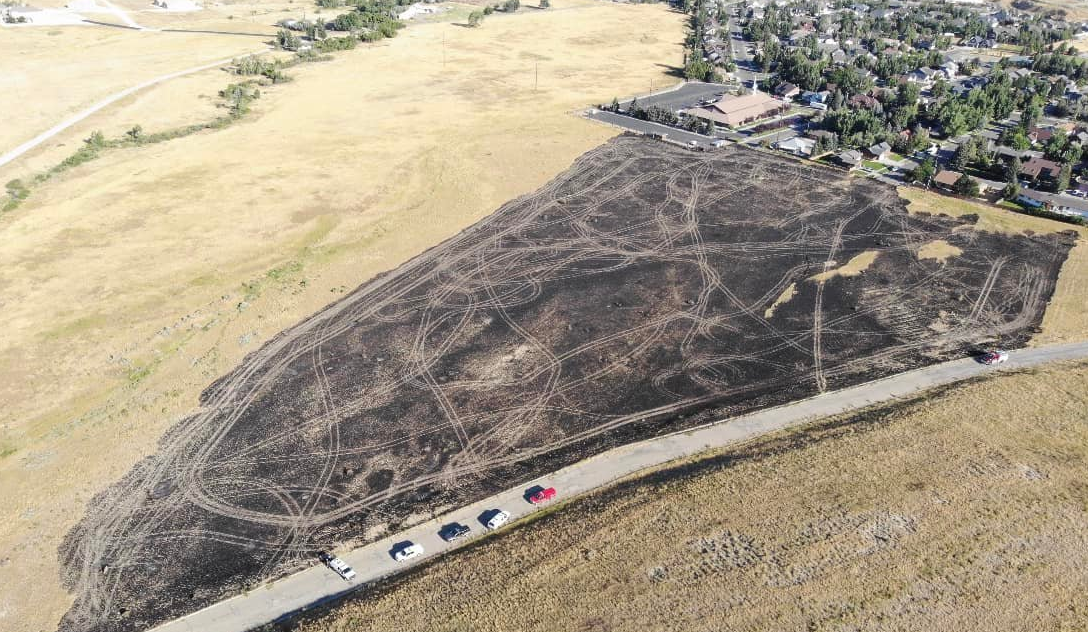 CASPER, Wyo. — A fast-moving wildfire that burned over 16 acres just south of the Wolf Creek neighborhood Wednesday was caused by fireworks, according to the Natrona County Interagency Fire Investigation Taskforce.

The fire began around 9:30 p.m. Wednesday and was contained around 10:30 p.m. No structures were damaged and no injuries were reported.

“Last night’s wildland fire off of Puma Drive was an amazing display of interagency cooperation,” a Casper Fire-EMS release said.

Casper Fire-EMS Captain Patrick McJunkin told Oil City on the scene that crew used a “running attack” strategy, anchoring at a single point as two separate crews doused the flanks and converged at a pinch point.

Officials are using the occasion to remind the community that it is illegal to use fireworks in Natrona County.

“With the lack of precipitation and increased temperatures over the last few months, we have risen to an extreme level of fire danger,” the release said.

The Casper area saw only 26% of normal precipitation in July, and temperatures reached a record-high 101 degrees for the date on Wednesday.

“We encourage citizens to enjoy the outdoors and recreate, but to exercise caution when using any and all heating elements around dry vegetation,” the release said.

More photos of the Puma Fire can be found here.