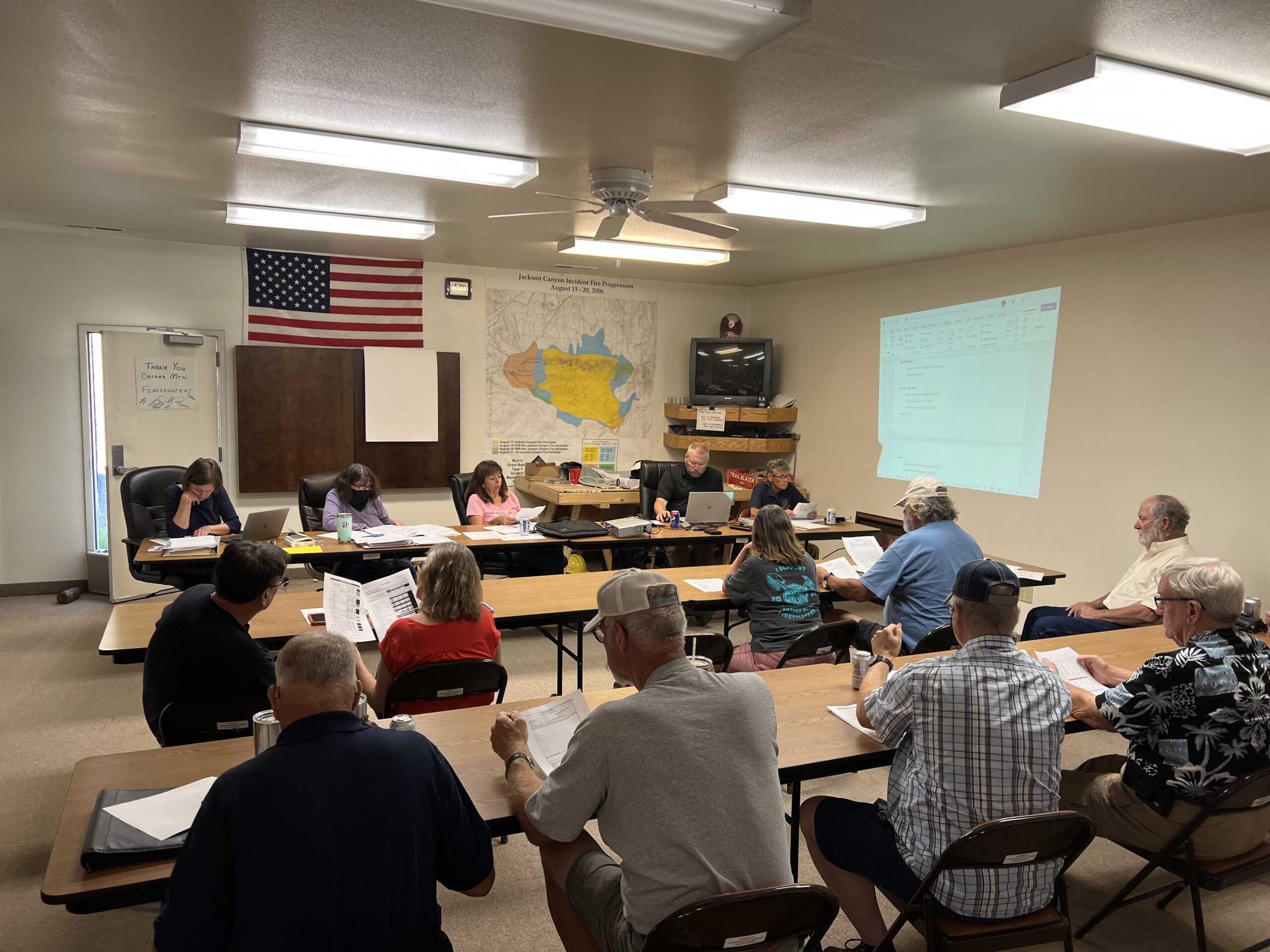 CASPER, Wyo. — On Monday, the Casper Mountain Fire Protection District Board of Directors adopted a new budget for fiscal year 2023.

The board had initially considered passing a new budget on July 11, but Board Member David Mowry motioned for that to be tabled because he thought copies of the budget provided to people in attendance were not the correct ones the board needed to submit to the state and because Board Treasurer Karen Santistevan was not in attendance.

Santistevan was present on Monday and explained items in the new budget during the meeting. The board anticipates it will receive about $47,000 in revenues from property taxes imposed on district residents during the new fiscal year. While this is the district’s primary source of revenue, it expects to receive some other forms of revenue from the county and things like donations, with total revenue for the year forecast at $68,316.

The board’s new budget authorizes it to spend up to $138,280 during the new fiscal year. $37,660 of that would be for the fire district’s operations. The operational side of the district and the board are separate, with the board tasked with handling budgeting and fiduciary duties for the district.

The largest budgeted item for the new fiscal year is $84,000 to purchase new radios for the fire district. Some people in attendance noted that this item exceeds the new revenues the board forecasts for the year and asked for more explanation regarding the item. Mike Huber, a former fire chief for the district, said he knows of a website where secondhand radios can be purchased inexpensively.

While it is budgeting to have money available to buy the radios, the district will not necessarily end up actually spending that money, Mowry said. Fire Chief Lisa Evers said she is applying for grant funding to purchase the radios, with the radios needed to replace aging units and ensure better coverage when volunteers are responding to incidents across the area. During the meeting, a resident who has experience applying for education grants offered to help the board apply for more grant funding opportunities.

If the board does end up purchasing radios, it will get a better deal on those if the purchase happens before the end of the year, Mowry added. While Huber suggested the board explore purchasing units secondhand, others in attendance at the meeting said radios are necessary equipment for firefighters and if the purchase is needed, the board should make it happen.

The board kept the $84,000 to potentially buy radios in the budget, with board members emphasizing they are hoping to be able to get those through grants rather than through spending the money. Evers, who is not a member of the board, also said she’d like to get the information from Huber about the website where he buys refurbished radio equipment.

Other items that came up during the meeting included adopting a new form and policy to handle Freedom of Information Act requests. With the board recently receiving such a request from a member of the public, Board Secretary Margo Spurrier modeled a form based off of one that Natrona County uses.

There was some debate about whether the district should charge people for clerical time involved with reviewing and finding board documents in response to a request for information from the public. Mowry argued against charging for such clerical time. With the board made up of volunteers, other members voted in favor of charging a fee for the time someone on the board would need to spend helping process information requests. Some members of the public said that with board members needing to volunteer their own time to handle such requests, they agreed that a fee to cover clerical time makes sense.

Spurrier also motioned for the board to seek legal services from an attorney who could help it ensure board meeting and financial reporting practices are done in line with state statute. An attorney could also help the board determine what information needs to be made public when it gets a request for information from the public and what information might be protected.

Several members of the public in attendance spoke in favor of the board seeking legal services from an attorney as a positive step forward as the board seeks to restore trust after questions came to light about taxpayer money that may have been misused under a former board treasurer.

Discussion surrounding the issue of that money came up during the meeting on Monday. Huber defended the former treasurer and the former board and expressed displeasure to Mowry in regard to allegations about potential wrongdoing. All current board members and former board member Andrew Schneider, who resigned in part to call attention to the questions about the missing money, have acknowledged they’ve seen evidence of budgeting discrepancies under a former board, and the board agreed to ask law enforcement to investigate that this spring. When the former treasurer died, however, the Casper Police Department decided to close its investigation.

While Huber and Mowry exchanged some words about the matter on Monday, other members of the public encouraged the board to move on from the issue.

Sonny Rone, who spoke in favor of the board’s decision to seek legal services, also provided an update on conversations he had with county commissioners regarding an offer the county had rescinded to help the district purchase wildland personal protective equipment for volunteer firefighters.

Rone told the board the county commissioners would likely require the entire current board to resign in order for the county’s offer to help be put back on the table. The county would also require a financial review, he added. Rone asked board members to confirm again, as those present at the July 11 meeting had done, that they might be willing to resign if that would help the district get money for the personal protective equipment. On Monday, board members indicated they would be willing to do so. Rone said he does not necessarily want to see that happen.

During the meeting, the topic of possibly merging the Casper Mountain Fire Protection District with the Natrona County Fire District came up. Mowry argued in favor of this, but members of the public present expressed a range of concerns about what that could mean for property owners’ insurance rates and the future of the volunteers and equipment of the district.

Tracey Lamont asked the public in attendance for a show of hands as to whether they think merging the districts is something that should be explored. While not everyone raised their hand one way or the other, a majority indicated they do not want to see the districts merge.

Toward the end of the meeting, several people in attendance encouraged the board to take the step of having a financial review conducted by a professional accountant on an annual basis to help avoid the problems like the ones it has been dealing with recently.

A range of other discussions came up during the meeting on Monday — this article does not exhaustively report on all the perspectives that were shared.

The budget document adopted by the Casper Mountain Fire District Board of Directors on Monday is as follows: