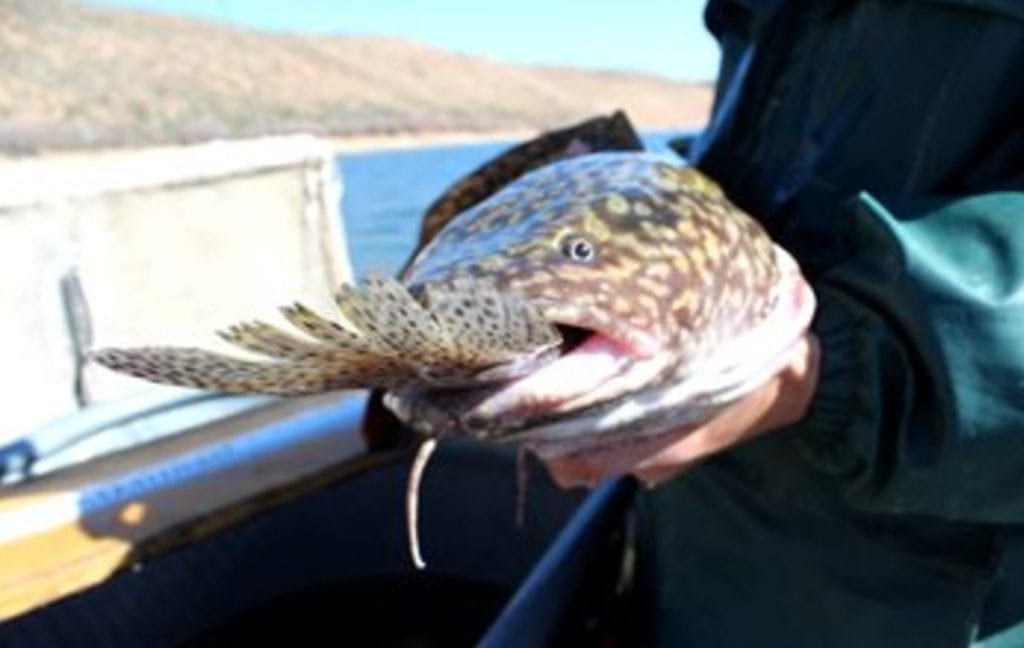 CASPER, Wyo. — Burbot is a species of predator fish that has been illegally introduced to some Wyoming reservoirs.

The Wyoming Game and Fish Department says that burbot “have become well established” at both Flaming Gorge and Fontenelle Reservoirs.

Several contests aim to get anglers out on the waters, targeting the invasive burbot on both reservoirs.

“The 2020 La Barge Ding the Ling, hosted by the young ladies of the La Barge Activities Committee, is being held February 7-9 on Fontenelle Reservoir,” Game and Fish says. “Anglers compete for most burbot, biggest and smallest burbot, and a chance at catching two burbot with insured tags.”

More information about that contest is available here.

“The 2020 Burbot Bash is being held January 24-26 on Flaming Gorge Reservoir,” Game and Fish says. “The Flaming Gorge Chamber of Commerce is hosting the Bash with help from partners and sponsors.”

“Anglers compete for most burbot, biggest and smallest burbot, and the opportunity to catch tagged burbot for the grand prize.”

People can register for that contest and find further information online.

“Buckboard Marina at Flaming Gorge LLC is hosting this contest.  The contest features 100 tagged lake trout (all less than 25 inches), as well as prizes for best adult and youth photo with a small lake trout.”

Registration can be completed online here, where there is further information on the contest as well.

“Burbot in the Green River Basin behave like an invasive species.  Area fisheries biologists are concerned with burbot as they compete with sport fish for food and are a voracious predator.  Burbot eat prized sport fish like kokanee salmon, smallmouth bass and trout that would otherwise be available for anglers to catch.”

Game and Fish says that anglers harvesting burbot is currently the best option to curb their numbers.

“Anglers are encouraged to take advantage of improving ice conditions and do their part for the sport fisheries by removing as many burbot as possible from local waters,” they add. “Every burbot removed is a savings in sport fish.”

“The upcoming ice fishing derbies are a great opportunity for anglers to have a fun weekend ice fishing, possibly win some money, and reduce the impact Burbot are having on the sport fish in Flaming Gorge and Fontenelle reservoirs.”

Game and Fish say that lake trout are a valued sportfish, but the numbers of lake trout less than 25 inches have been increasing for decades at Flaming Gorge.

“Flaming Gorge Reservoir is experiencing its highest densities of small lake trout, those less than 28 inches in total length, on record,” Game and Fish Green River Fisheries Biologist John Walrath said. “So far, we know that lake trout are currently growing at half the rate as they were in the 80s and early 90s.”

“For those lake trout under 28 inches, this means there are twice the number of mouths to feed.  The addition of mouths can put strain on prey populations.  The main prey for lake trout in the Gorge is kokanee salmon, a prized sport fish for many anglers.  In order to reduce impacts on other sport fisheries in Flaming Gorge Reservoir, we are encouraging anglers to harvest small lake trout, especially those less than 25 inches.”