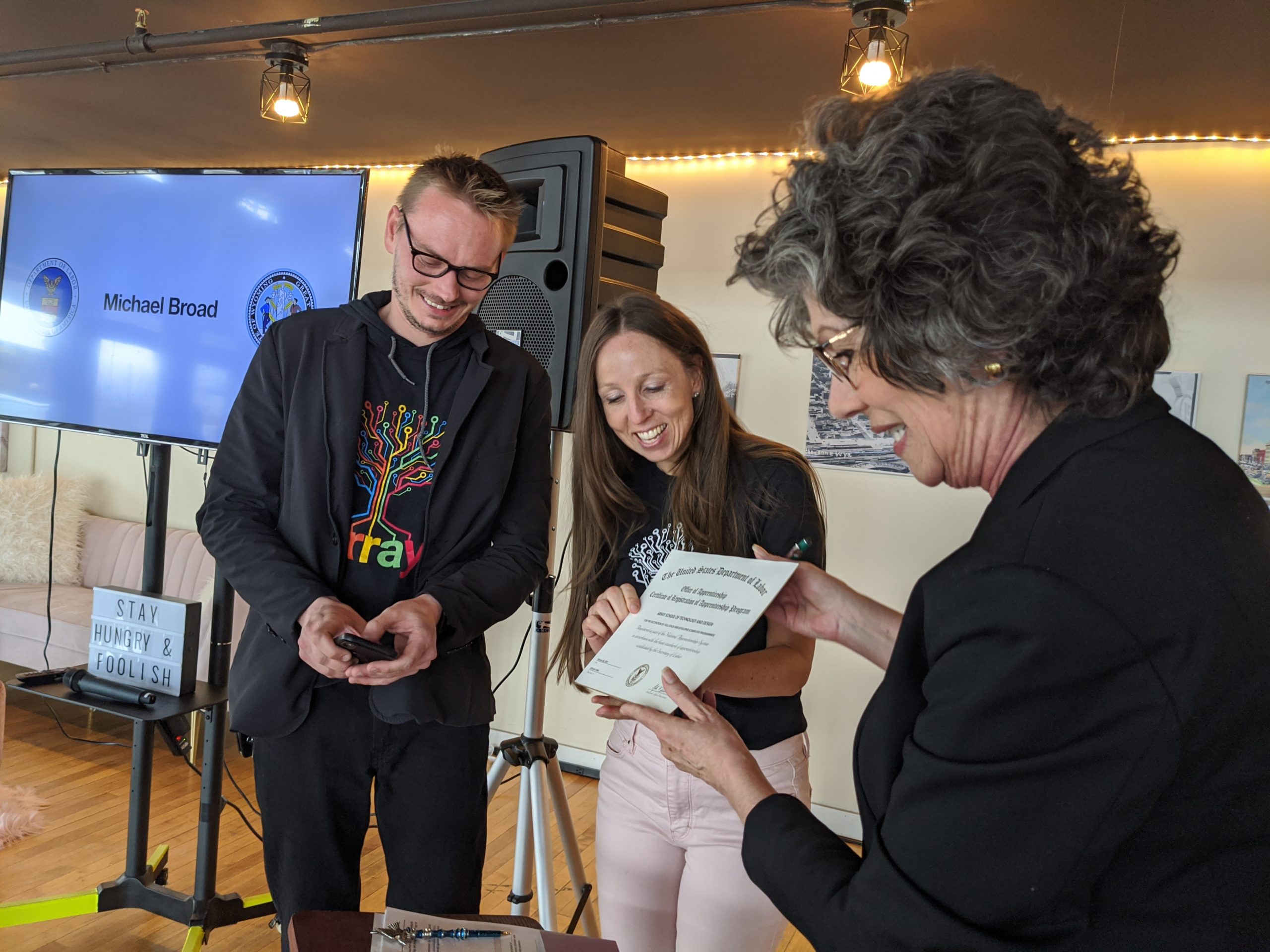 CHEYENNE, Wyo. — It’s not always easy being on the cutting edge.

Eric Trowbridge and the staff at the Array School of Technology and Design in Cheyenne have spent the last year brainstorming.

There aren’t many schools like Array, which provides opportunities for students to learn coding, especially not in towns of fewer than 65,000 people.

Although Array provides unique opportunities, its tuition comes at a high cost. That can range anywhere from $15,000 to $30,000. Since Array is also a private school, it’s only eligible for student loans and not scholarships like the Hathaway or any federal student aid.

“Array is like a coding bootcamp,” Array CEO Trowbridge told Oil City News. “We’ve been running it under that model over the last four years and it’s been awesome, but we’ve also had challenges of trying to make it work in a rural area.”

Earlier this week, Trowbridge and the Array team announced that the school is shifting from its tuition-based model to a new apprenticeship program. While many think of apprenticeships in blue-collar jobs, Trowbridge touted its benefits in the technology industry.

“The value is that people won’t have to pay tuition, they’ll get paid while working on projects and spend a year applying these skills,” Trowbridge said.

The reaction to the program announcement has exceeded all expectations, with the CEO noting that Array has received more interest submissions for the program in the last 48 hours than the school received last year in total. Submissions have come from not only Wyoming, but Florida and New York, too.

Currently, Array has partnered with three companies, Visit Cheyenne and Casper-based Salotto and Flowstate, for apprenticeships. The amount of admitted students will depend on how many companies Array partners with. Trowbridge expected that there will be a consistent opening for applications, but the class start date will depend on the amount of apprentices needed.

The program will begin in the fall and will start with four months of labor-intensive training in coding. No student in the program will have to pay tuition. In the fifth month, the apprentices will begin working on a certain project, making $15 an hour in the beginning. Each of the companies will have competency-based raises, so the students can make up to $17.07 by the end of their apprenticeship.

Trowbridge hopes that following their time in the program, the students will be hired on at the companies they’ve spent nearly a year working for.

“The companies win with this partnership because they’re getting senior oversight and leadership on this project and then an apprentice,” he said. “They’re growing their own through Array.”

The applications will open in the next month, as Array staff begin to find a framework for its admissions process. Trowbridge also needs time to field interested companies looking to talk partnerships. He expects admissions letters to begin going out sometime in April.

The program will begin in the fall, with Trowbridge expecting four to 15 apprenticeships established by then.

“At the end of the day, we’re getting back to what Wyoming was doing 100 years ago: pioneering,” he said. “That’s why I’m passionate about Array and this program.”