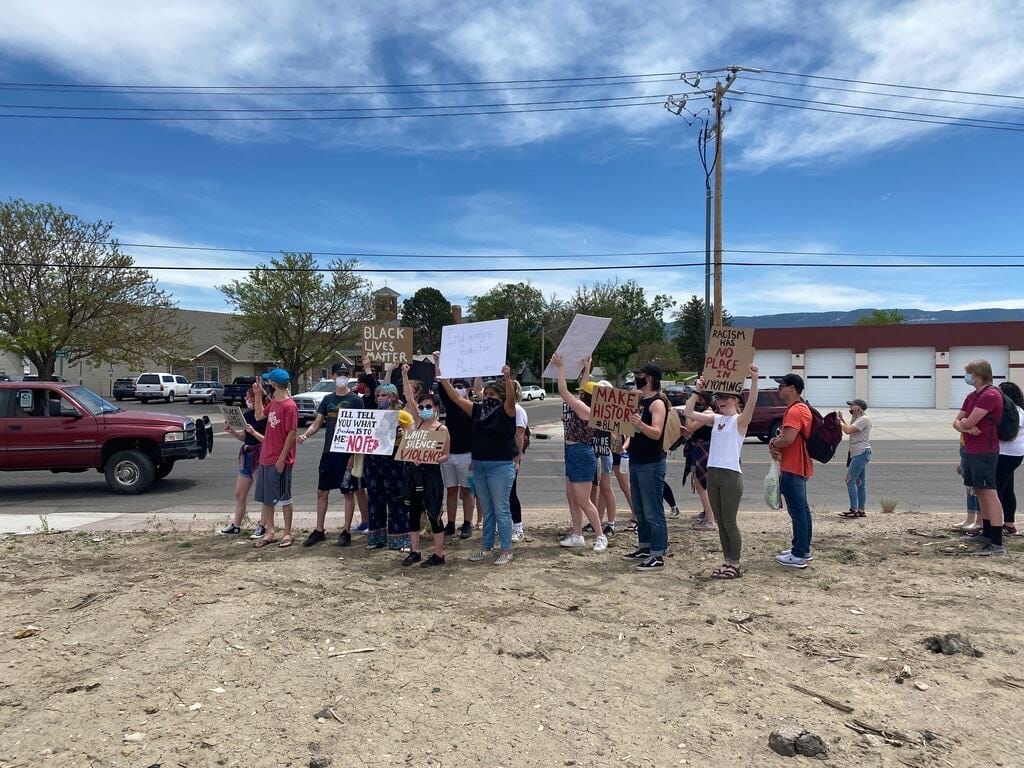 High school students gather during a protest march on Tuesday, June 2 in downtown Casper. Another march is planned on Wednesday. (Oil City Staff)

CASPER, Wyo. — A group organizer that has held leadership roles with the Wyoming Association of Activists and the Casper Youth for Change for the last two years has announced their departure.

The Casper Youth for Change plan to peacefully participate in a Wednesday march in solidarity with protests around the nation surrounding the killing of George Floyd. The Wyoming Association of Activists will hold an online Zoom discussion of Floyd’s killing on Wednesday evening.

Floyd died after Derek Chauvin, a Minneapolis police officer, knelt on his neck for nearly nine minutes, as The Atlantic reports. Chauvin faces third-degree murder and second-degree manslaughter charges, according to the Associated Press.

The organizer said in a video message on Tuesday, June 2 that they will step down from their leadership role with both of the organizations for several reasons, citing online harassment and threats of physical violence surrounding their role with the up-coming protest events.

The organizer stressed in their video that events scheduled for this week are intended to be peaceful.

They thanked other members of the Wyoming Association of Activists and the Casper Youth for Change for their commitment and support.

Identifying information has been removed from this story.