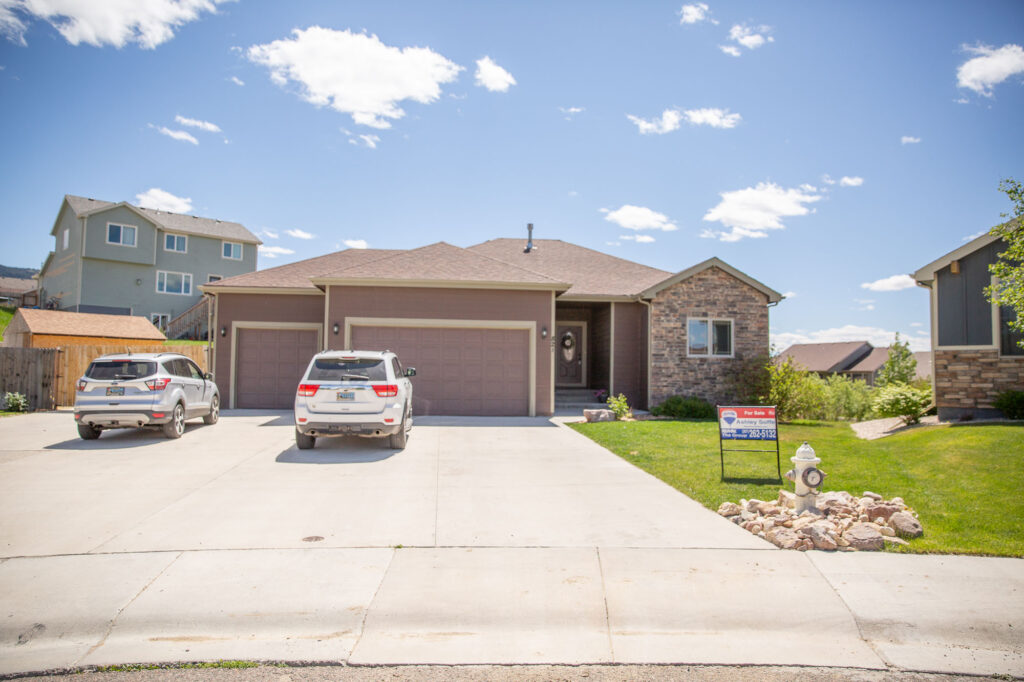 As Wyoming’s economy gets back in gear following a COVID-19 stay-at-home lull, one corner of the business world is seeing at least a mini boom — the rural refuge real estate market.

From Torrington to Cody, Jackson to Sheridan, rental and real estate agents report brisk business driven in part, they believe, by big-city customers seeking new homes they think will be farther from trouble.

Some of the surge could be called a COVID comeback. But enduring Wyoming qualities, from the state’s small population, to low taxes, rural landscape, mountains and rivers figure in a bounce-back in some communities that aren’t tied to energy production.

“During the official quarantine, certainly we did get a lot of phone calls — some of them attributed to people saying ‘I want to get out of the big city and [move] to wide-open Wyoming,’” said Ty Pedersen, president of the Northwest Wyoming Board of Realtors and a Cody real estate agent. “There’s a prediction we will start to see more of that. The feeling is there’s going to be a little resurgence here for Wyoming.”

While Cody has the draw of world-famous Yellowstone National Park, the Sheridan region’s own Bighorn Mountain beauty suggests a broader attraction. “I think in general people are looking for a more rural setting,” said Karen Chase, marketing manager for the Powder Horn Golf Club and community. “I would say they’re looking for a less populated area.”

Parts of Jackson Hole’s astronomical real estate market have been boosted into a higher orbit since customers have been freed from home confinement and travel roadblocks. “It has absolutely spiked in the last couple months,” Brian Siegfried, an associate broker at Sotheby’s International Realty, said of new interest. “You don’t have to be in real estate to see the [license] plates.”

While Teton County’s draws — sprawling public land, mountains and national parks — underpin the values in the northwest, open country is also a draw in the southeast, one agent said. Around Torrington, the price of property compared to some nearby places — like Colorado — allow people to relocate with an advantage.

The pandemic bottled desires. “The phones were not ringing for two months,” said Powder Horn’s Chase.

Indicators from campground statistics to vacation rentals and real estate purchases suggest a strong urge to get out after weeks of restrictions.

“While many industries closed due to the pandemic, fishing, boating, hiking, biking and other outdoor recreation opportunities were still available at Wyoming’s State Parks resulting in increased visitation,” officials at Wyoming State Parks wrote in a recent statement.

During April and May, Wyoming’s state parks saw an approximately 160% increase of visitors when compared to the five-year average, officials said. They tallied more than 575,000 visitors compared to the average of 225,000.

Many people acted on their pent-up desires as soon as they could, including in Park County where Nathan Gesner, owner and broker of American West Real Estate in Cody, manages 350 properties between that town and Powell. Once stay-at-home orders expired, “the market just exploded,” he said. “We’re busier than we probably have been in a couple of years.”

He typically advertises 15-20 vacant rental properties at a time, he said. In the last week of May, he was down to six.

The wave of rental customers are moving in for work, he said. “They’ve got jobs lined up.”

“I’ve heard that on the sales side [customers are] wanting to get away from the bigger cities,” he said. “They’re getting more calls from people from out of state — Texas, Colorado, California, New York. I have heard they’re getting away from crazy California or taxes in New York.”

Judy Ford’s vacation rentals at Powder Horn Golf Club and its residential community — she’s on the Sheridan County Board of Realtors — were booked for the summer before the pandemic and its restrictions hit, she said. The summer’s high-goal polo tournament was never cancelled and now weddings, with large gatherings that were until recently taboo, are back on the books.

“It’s been very busy for our vacation rentals,” she said. “The phone is ringing off the hook.”

She expects a spillover, she said, with people staying on in furnished long-term rentals over the winter, a new phenomenon.

Powder Horn’s Chase agreed. “It is challenging to find a long-term rental in Sheridan,” she said. “It’s definitely a seller’s market and landlord’s market.”

“I think the word’s out on Sheridan,” Chase said — buyers are embracing the area’s enduring qualities. Wyoming’s low residential property tax and lack of an income tax are part of the draw, she said.

“They do love Wyoming’s tax structure.”

Also, that region of the state is not as affected by the oil and gas downturn. “We’re not as reliant on one industry,” Chase said.

Basic economics also push the Goshen County market, Duncan said. “We tend to get Colorado people coming up,” she said. “The last time we had a real big boom was because Colorado prices were out of control.”

“They could turn around and buy [at] a quarter of the price in our area for the same amount of ground or more.”

Today, again, “the Colorado people are spreading north,” she said. “But it’s not necessarily [for a] particular, specific, reason like last time.”

Colorado residents in the Greeley and Fort Collins areas are moving up to less expensive Cheyenne homes and commuting back across the state line to work, she said. In Cheyenne there are multiple offers on some homes before they hit the market, Duncan said.

In Torrington the market is conservative and even-keeled, registering only a blip in the 2008 crash, she said. Purchase prices have held at about 94% of list prices, she said.

“It’s crazy how steady that is.”

Because of that shift, she said, “You know something’s going on.”

If you’ve got $300,000 to spend, don’t come to Teton County. The least expensive condominium in the county in the first three months of 2020 listed for $350,000. It was the only one with a price tag of less than $500,000, according to the Jackson Hole Report, a newsletter by David and Devon Vieman.

They penned their analysis of 2020’s first quarter in an unsettled time. “Quite a few people were pulling listings off the market,” David Vieman told WyoFile. “They didn’t want anybody in their house.”

In the last two and a half months, things have changed. “We are seeing an uptick in interest due to the pandemic,” he wrote in an email, “especially in the upper-end market, where properties under contract are up 70% over 2019.”

The top of the Jackson Hole market comprises properties costing more than $3 million. “A lot of these upper-end homes went under contract in the last three or four weeks,” he said.

“They’re coming from the big cities,” Vieman said of buyers, and giving a multitude of reasons. Whether coronavirus or civil unrest have been catalysts, he’s seen one theme: “they’ve been thinking about it for a long time.”

The mountain valley has been a seller’s market for the last eight or nine years since the Great Recession, Sotheby’s Siegfried said. People have been looking for the next dip, seeking to buy then, but have been disappointed, he said.

At the start of the pandemic, “we might have seen a buyers’ market for 15 minutes,” he said. “It’s just not moving backwards.”

His company’s research shows dollar volume of sales from Jan. 1, 2020, through the end of May down only 4%, according to information he shared with WyoFile. For the last 12 months, the decline was only 1%.

“It’s a refuge,” Siegfried said of the Teton area. “It’s the least developed corner of the Lower 48. There’s all this public land buffering [private property], we’re at the headwaters, there’s no industry upwind. It’s something that’s been drawing people forever.”