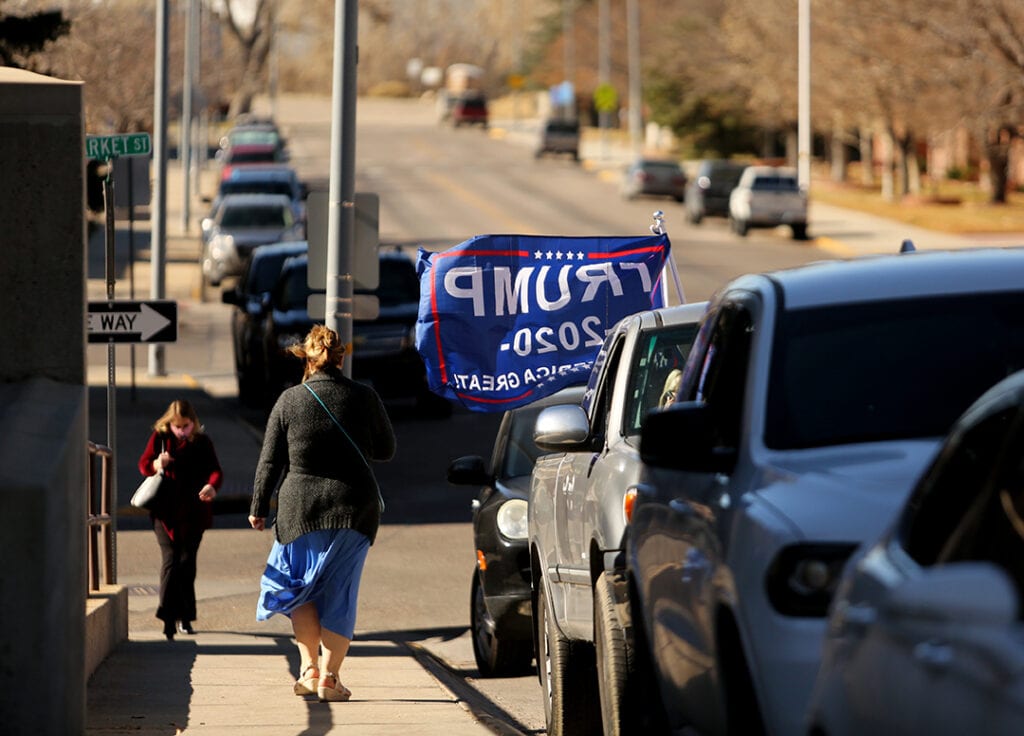 A Trump 2020 flag on a parked truck waves in the wind near the Natrona County Courthouse during early voting on Monday, Nov. 2, 2020, in downtown Casper. (Dan Cepeda, Oil City File)

According to the Associated Press, Trump easily won Wyoming’s three electoral votes by 70.4 percent, with a count total of 193,454 votes. The Biden/Harris ticket took just 26.8 percent, with a total of 73,445 votes.

Wyoming’s enthusiasm for Trump ranks even higher than the state’s fellow Trump-loving neighbors. The president snagged South Dakota with 61.8 percent, Montana with 56.9 percent, Nebraska with 58.8 percent, and Idaho with 63.9 percent.

As predicted, Colorado put Biden over the top with 55.1 percent, compared with Trump’s 42.3 percent.

In 2016, Trump won Wyoming with 67.4 percent of the vote. Traditionally conservative, the state hasn’t voted for a Democratic president since Lyndon B. Johnson in 1964.