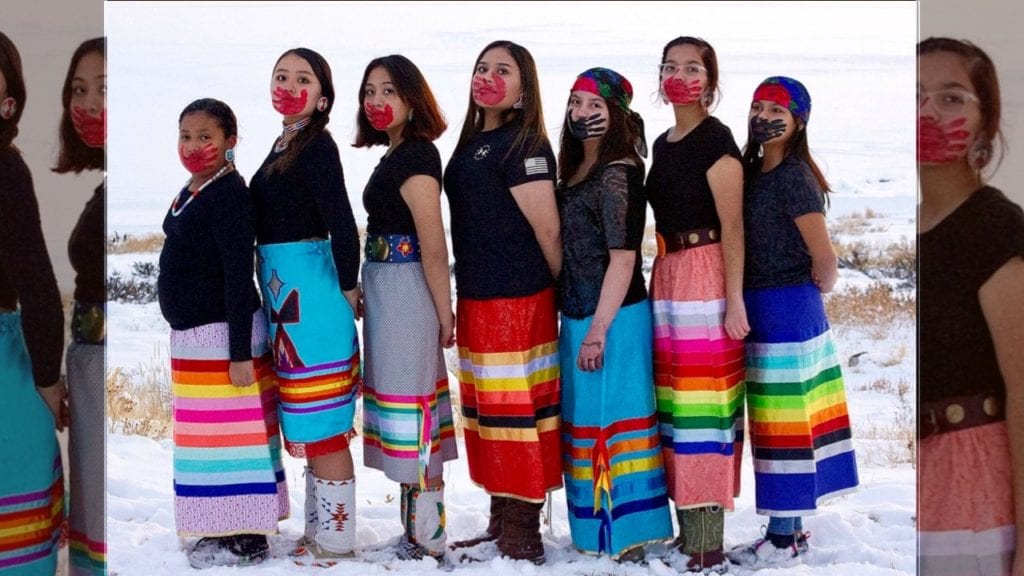 It further suggested that lack of cooperative data and barriers in communication may be further obscuring the true scope of the problem.

The report is the result of Governor Mark Gordon’s Missing and Murdered Indigenous  People Task Force formed in 2019.

Gordon said he was inspired to create it after attending a presentation by Keepers of the Fire, a Native University of Wyoming student organization which sought to highlight high rates of homicide and disappearance among Native Americans, particularly women and girls.

The Task Force called on “law enforcement, tribal liaisons, state agencies and other stakeholders” to look at the number of missing or murdered indigenous people in Wyoming and to provide recommendations to enhance reporting and public safety.

Though Indigenous people make up less than 3% of the population in Wyoming, they account for 21% of homicide victims, the report found. These rates were also found to be higher than the national average.

In the U.S. overall the report found:

Over the last ten years, a majority of the 710 Indigenous people who went missing in Wyoming were girls.

Furthermore, the report found that limitations in data may have contributed to an “underreporting of the scope of the Missing and Murdered Indigenous People epidemic.”

“Many Indigenous victims have been incorrectly classified in law enforcement databases as White, Hispanic, or Asian…or simply listed as ‘Other,’ or ‘Unknown,’ the report said.

“Literature indicates that homicides could be misclassified as accidental, self-harm, or cause unknown,” the report added. “This crucial decision impacts the reliability and validity of the data as does the misidentification of race on vital statistics records.”

Researchers said they were only able to use three of thirteen potential data sources, and that the Fremont County Sheriff’s Office and the Lander Police Department did not offer records upon request.

The report recommended the creation of an “Indigenous advocacy position/response team to help families navigate the reporting and investigation process.”

The Task Force was chaired by the director of the Wyoming  Division of Victim Services and funded through the department. It included members of the Wyoming Highway Patrol AMBER alert program.