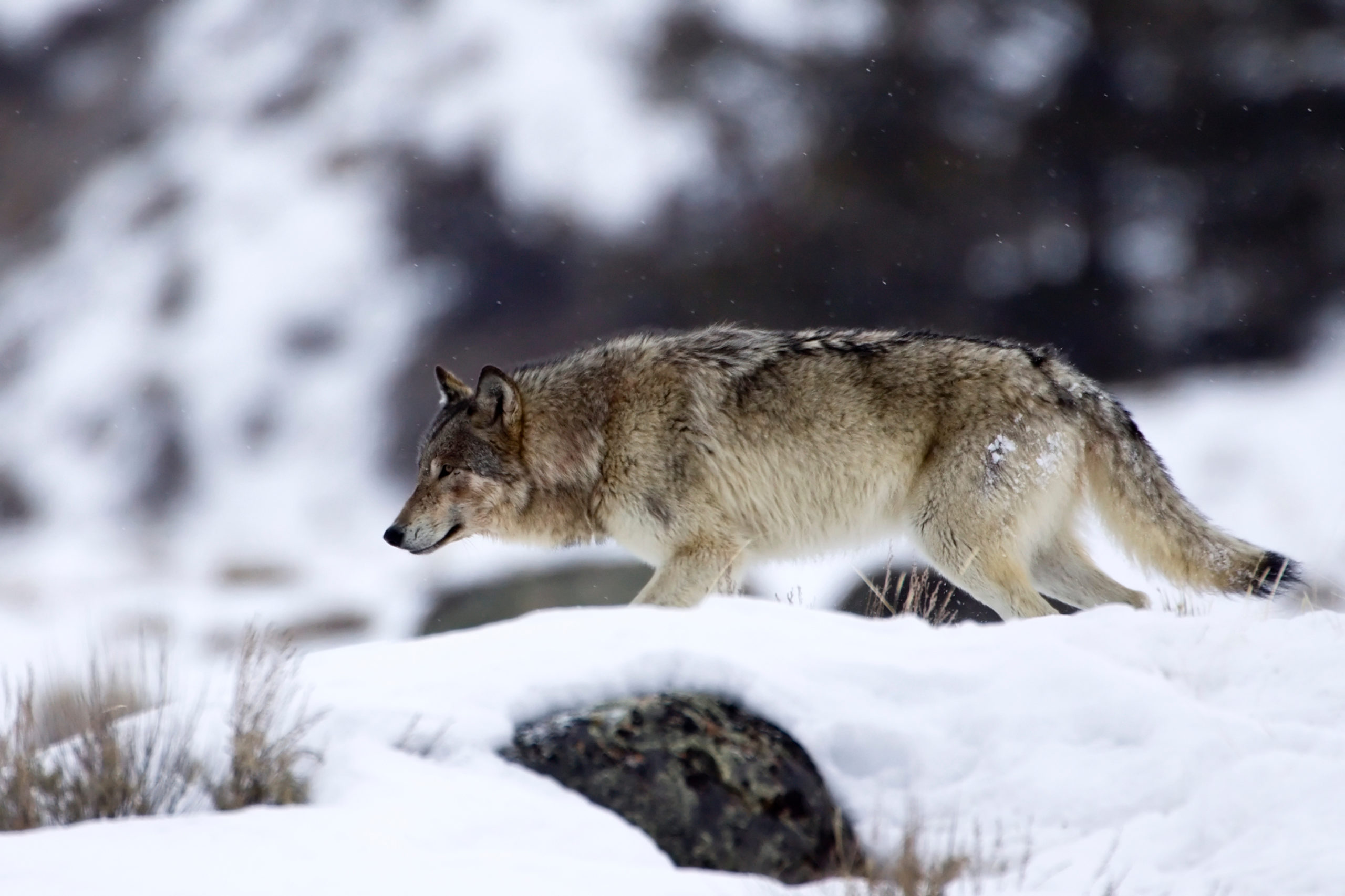 CASPER, Wyo —  Wyoming Game and Fish Department wildlife managers say gray wolf populations have reached stable levels, thanks in part  to hunting in the northwest corner of the state. The stable population also helps keep incidents of conflict at bay, according to the 2020 Wyoming Gray Wolf Monitoring and Management annual report.

“This is the 19th consecutive year wolf numbers have remained above minimum delisting criteria,” Game and Fish said, “and shows the way the presence of the animal has become integrated into the broader ecosystem.”

Established population objectives for wolves are outlined in the Wyoming Gray Wolf Management Plan, which the state is using during the 5-year monitoring period since wolves were taken off the Endangered Species list in Wyoming in 2017.

Recovery criteria for Wyoming is 100 wolves and 10 breeding pairs outside Yellowstone National Park and the Wind River Reservation, Game and Fish said.

As of Dec. 31, 2020, at least 147 wolves resided within the wolf trophy game management area (WTGMA), where Game and Fish focuses management. There were at least at least 123 wolves in Yellowstone National Park and 21 in the Wind Reservation. An additional 36 wolves documented outside those areas brought the total minimum population in Wyoming to at least 327 wolves, Game and Fish said.

“That lends credence to our management approach and how we are going through the recovery process,” said Ken Mills, the report author and the lead wolf biologist for Game and Fish.

“It is significant that today we are reaching a point where we have predictability in our management,” Mills said.

Game and Fish is currently taking comments on the 2021 proposals for gray wolf hunting seasons. The public can review the draft regulations and submit comments until 5 p.m. June 4.

“After having management of wolves returned to Wyoming in April of 2017 we made a strong commitment to ensure we would be responsive and responsible managers in accordance with the plan,” said Dan Thompson, large carnivore section supervisor.

“Part of that is providing an accurate population estimate possible. We are building a dataset that supports our management actions and helps target areas of livestock conflict and areas where there are concerns with how wolves are affecting certain big game populations.”