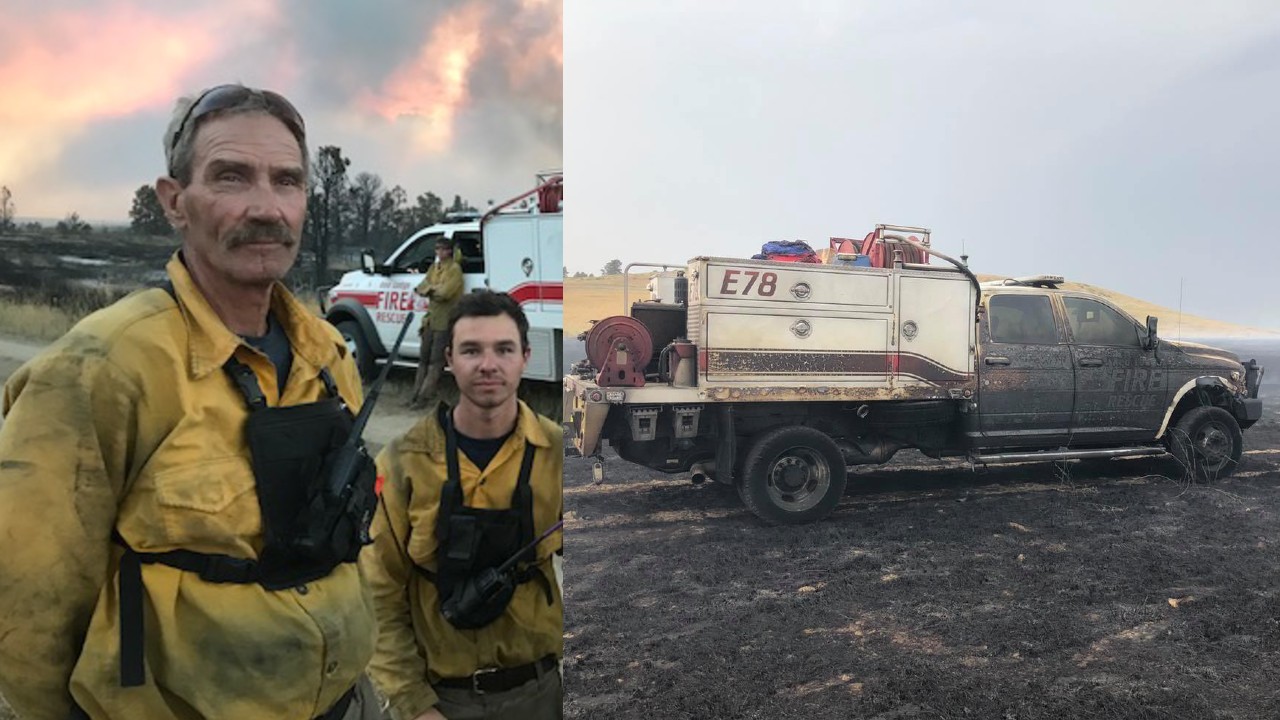 Dan Steffensen was severely injured in the Harris fire; Engine 78 after being burned over by the Harris Fire (Red Lodge Fire Rescue, Facebook)

CASPER, Wyo. — Officials have identified a firefighter being treated for severe burns after shifting winds caused the Harris Fire near Joliet, Montana to overtake Engine 78 on Friday.

According to Red Lodge Fire, Dan Steffensen, a member of the agency since 2015, attempted to reach safety “but was overrun by the fast-moving fire.” The other member of the two-person crew, Scott Wilson, was not injured.

Steffensen is currently in “serious condition” at the University of Utah Burn Center in Salt Lake City. Family and firefighting colleagues are traveling to be with him, Red Lodge Fire said Saturday.

“This event is a reminder that firefighting is dangerous and we are truly grateful to those who answer the call to help others in time of need,” said Fire Chief Tom Kuntz.

Steffensen was selected as volunteer “Firefighter of the Year” in 2017 and works on the fuel mitigation/Initial Attack crew, working to reduce hazardous fuels around homes and responding to emerging wildland fires. He is a nationally qualified wildland firefighter and has fought fires in Montana, Oregon, California and other western states as an engine boss and tender operator, the agency release said.

A GoFundMe page has been established to support Steffensen and his family.

The Harris Fire has burned 2,500 acres and is 0% contained. Approximately 50 homes have been included in areas under evacuation orders released by Carbon County, MT authorities Saturday. No structures have been reported lost.