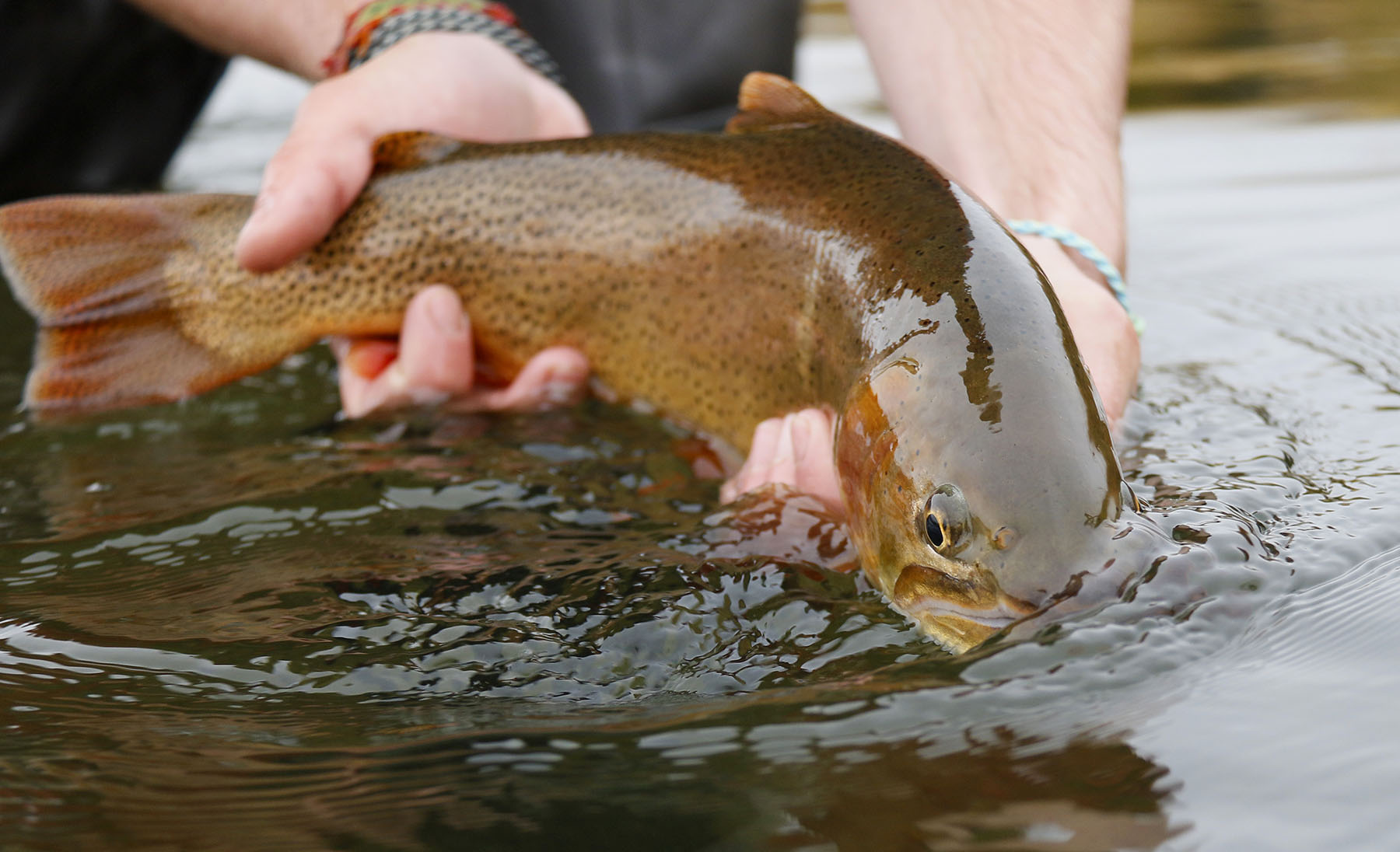 CASPER, Wyo. — The Wyoming Game and Fish Department said on Monday that while Flat Creek will open to fishing on August 1, anglers should avoid fishing there after 2 p.m. each afternoon.

The department said that temperatures are highest in the afternoon and fishing during that time could reduce the chance that any trout people snag from the creek will survive.

Game and Fish said that with much of Wyoming under drought conditions, “trout are grappling with reduced habitat and oxygen, and in some instances, their very survival.”

“As the late summer water levels drop, the temperature rises,” the department said. “Warm water is a threat to trout and other cold-water species. Fish stress more rapidly in warmer water because the water holds less oxygen, which hampers a fish’s ability to recover from the rigors of being caught.”

“As water temperature approaches 70 degrees, the chance for cutthroat trout to survive being caught and released is reduced.”

The Flat Creek is located on the National Elk Refuge and Game and Fish says that there are mandatory catch-and-release regulations on the creek for trout.

Game and Fish “strongly encourages anglers to not fish Flat Creek on the refuge after 2 p.m., when water temperatures are at their highest, to increase trout survivability.”

“Additionally, it is recommended that anglers throughout the region practicing catch and release angling play and land fish as quickly as possible to reduce exhaustion stress,” the department says. “Other best practices include keeping fish in the water as much as possible, not squeezing the fish or placing fingers in the gills and removing the hook gently. If hooked deeply, it is best to simply cut the leader.”