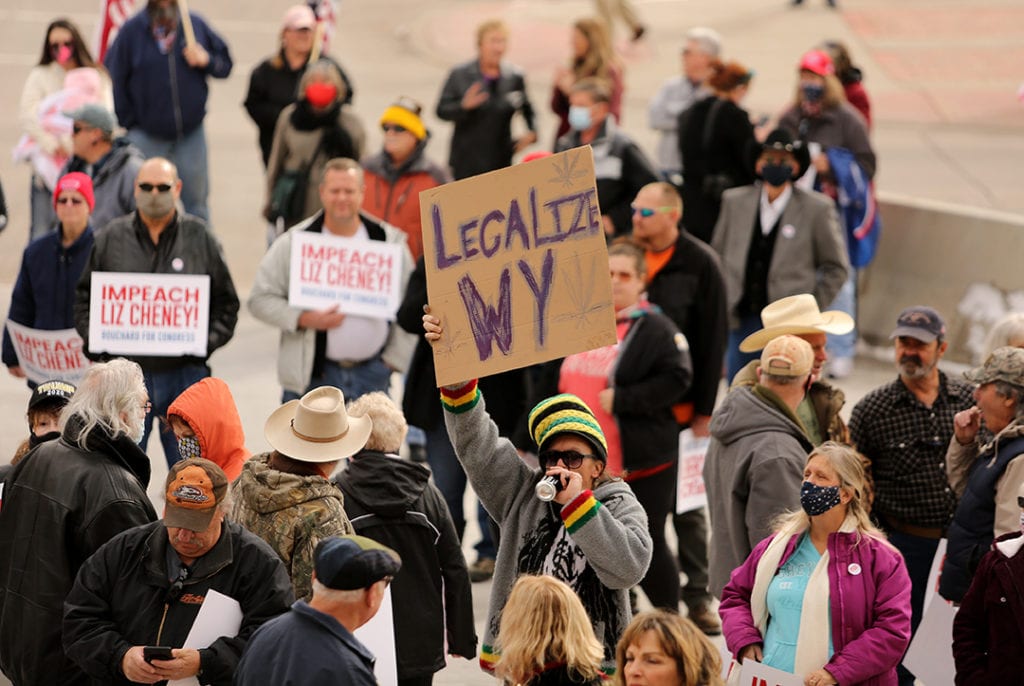 CASPER, Wyo. — Casper City Council member Shawn Johnson said at the end of the Tuesday, August 3 council meeting that he has been working with some state and national Libertarian Party initiatives to enact marijuana law reform in Wyoming.

The National Libertarian Party is supporting some local organizations to get two questions before voters on the ballot. One aims to legalize medical marijuana for personal use. The second seeks to decriminalize cannabis for personal use in Wyoming.

Johnson said that organizers have received word that Secretary of State Ed Buchanan has conditionally certified the two ballot initiatives related to cannabis prohibition and medical access to cannabis.

Johnson expressed confidence that the signature drive will be successful and Wyoming voters will see the ballot questions appear on their ballots, giving voters the chance to decide for themselves on some marijuana-related issues.

In order to get the questions on the ballot, the initiatives will need to collect 41,776 signatues. That number is “equal to 15% of those who voted in the preceding general election” in the state, according to the Wyoming Secretary of State’s Office.

85% of Wyoming residents support legalizing medical marijuana, according to a University of Wyoming Survey and Analysis Center (WYSAC) survey conducted in October 2020. 75% support decriminalizing marijuana in Wyoming and 54% are in favor of full legalization.