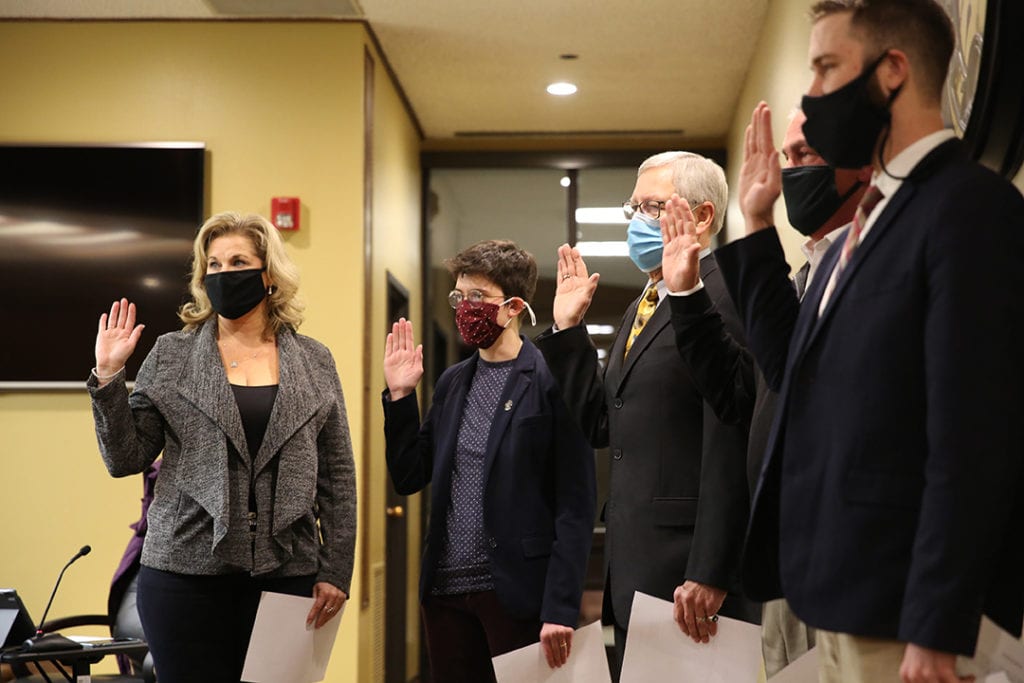 CASPER, Wyo. — The Casper City Council will be interviewing candidates to fill the Ward 1 vacancy on the council starting at 5:30 p.m. Tuesday, September 14.

While the council was originally slated to interview ten candidates, the city said on Tuesday that Garret Poste has asked that his application be withdrawn. That leaves the following nine candidates for the council’s consideration on Tuesday:

These candidates are vying to fill the vacancy on the council left by the departure of former Council member Khrystyn Lutz, who moved to Lander.

The candidates will be interviewed at City Hall with the option to also interview virtually.

Once the city council completes the interviews for the nine candidates, it will enter into an executive session and provisionally select a candidate to fill the vacancy. A formal vote to confirm this selection will take place on September 21.

The new council member could run for election in November 2022 if they are interested in possibly keeping a seat on the council in 2023.