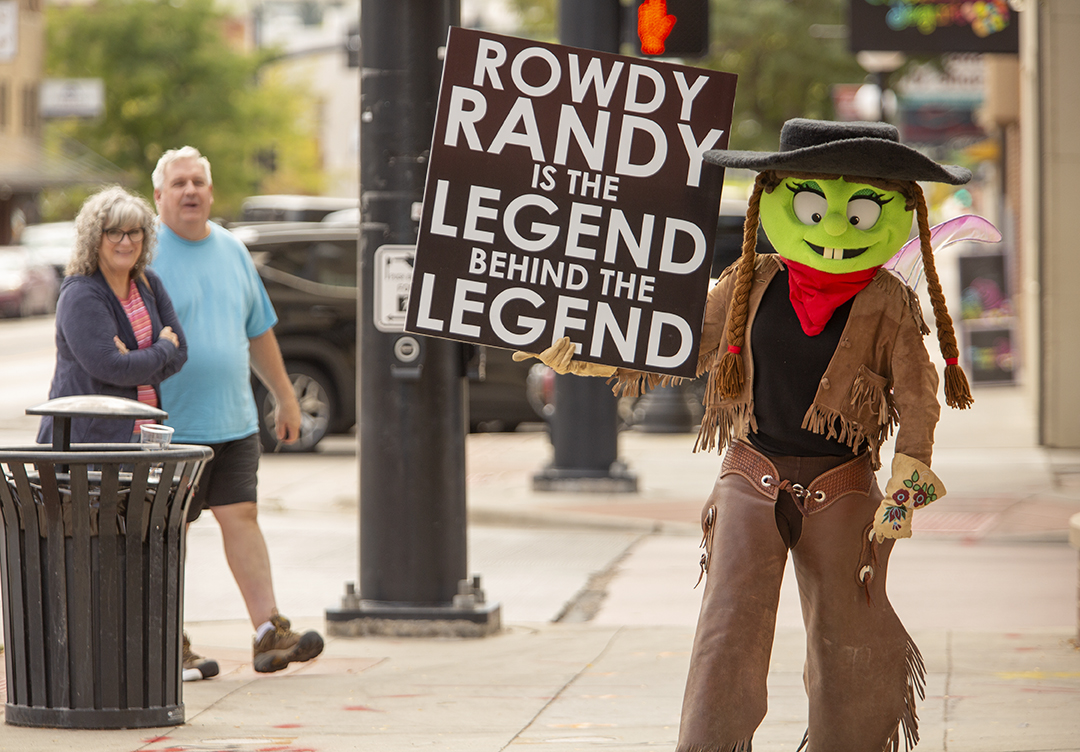 CASPER, Wyo. — The common horsefly is likely among the most irritating and unlikable creatures imaginable.

The story of a rambunctious horsefly annoying Wyoming cows, cowboys, trout, and anything that crosses her path originated with Rislov’s childhood love of outdoor magazines.

“I’ve grown up with Wyoming wildlife magazines,” said the author, crediting them in part for her fascination with Wyoming’s native species. She says the native animals might be a common sight for those living here, but they’re interesting and even exotic to people who travel here from around the world.

“I didn’t feel like there was a great [children’s book] that represented all of those animals,” she said, “and I thought that would be neat.” She liked the idea of something very small causing a very big problem, driving the humor in the story.

She approached Pullen with the idea. “He looked at me and didn’t skip a beat,” she recalls. “He said ‘horsefly,’ and that is what we decided to use as the small thing that causes chaos.”

Randy’s chaos leads to a stampede in the first book, which ends with a cliffhanger as a cowboy’s glove bears down on the insect.

The good news — if you root for horseflies — is Randy survived the attack.

“When you think about ‘western’ and western characters, Buffalo Bill Cody came to our minds,” said Rislov. “I think early on, even before we thought about a second book, we thought that would be a fun character to mess with for history.”

For the new book, which gets a national release on Oct. 12, Rowdy Randy claims that all of the ideas for Buffalo Bill’s Wild West Show were stolen from her. “It’s a play on history for kids,” Rislov said.

True to character, Rowdy Randy won’t take the indignation quietly. She’s going to be heard, and to make that happen, the storybook character has now been personified thanks to two additional Casper talents.

“I absolutely adore Casey, Zach, and the book itself,” said Dawn Anderson, a Casper actress and producer who is playing Rowdy Randy during the book’s promotion. The transformation is made possible with a mascot head built by Damien Eckhardt-Jacobi, a Casper native who co-created the online puppet comedy troupe “Glove and Boots.”

“I think [Randy] is a great character, and a lot of fun,” said Anderson. “Rowdy Randy is that little bit in all of us that wants to be known and wants to be seen. She resonates really well with me because she’s very small, as I am, and sometimes it’s easy for small people to be overlooked.”

During the “protests,” the Randy character holds provocative protest signs proclaiming Buffalo Bill as a “fraud” and stating that Randy is the “legend behind the legend.” They have started protesting this week in Casper, before heading to Cody next week to protest and visit three schools.

“We thought that would be a fun place to start since the town is named after [Buffalo Bill],” said Rislov. “Maybe we’ll cause a little chaos there too, just to see.”

Before heading to Cody, the book’s creative team will appear at Wind City Books in Casper for a singing on Saturday, Oct. 8, from 11 a.m. to 1 p.m.

Unlike the first book, the loose ends are for the most part tied up by the last page.

“No cliffhanger on this one,” said Anderson. “OK, maybe there’s a bit of mystery rather than a cliffhanger.”