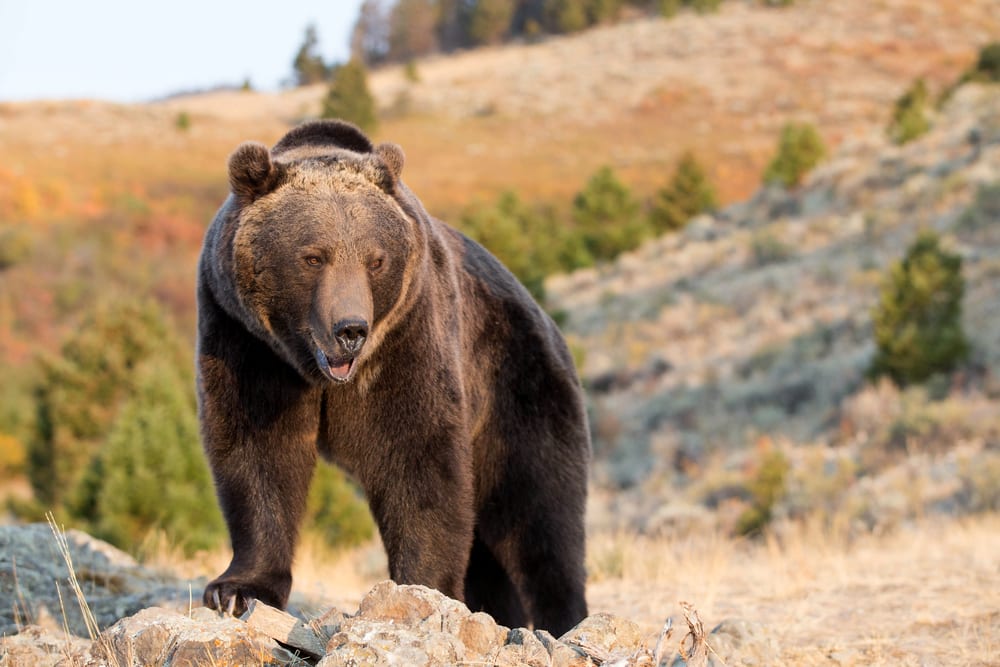 CASPER, Wyo. — The potential for conflicts between grizzly bears and humans is on the rise in Wyoming, according to the Wyoming Game and Fish Department.

No human injuries or fatalities due to conflicts with grizzlies were reported in 2019.

“While conflicts will always ebb and flow with a biologically recovered population, we were very fortunate that we did not have any human injuries or fatalities due to grizzly bears,” Rick King, chief of the Game and Fish wildlife division. “There was also a reduced number of human-caused grizzly bear mortalities in Wyoming.  This is something we strive for every year.”

Game and Fish released their 2019 Annual Report of Grizzly Bear Management Captures, Relocations, and Removals on Tuesday, Jan. 21. This annual report is required under state law.

“We have documented an increasing distribution of grizzly bears throughout the Greater Yellowstone Ecosystem, which leads to a higher conflict potential, especially as bears expand into more agricultural, residential and human-dominated landscapes,” said Brian DeBolt, large carnivore conflict coordinator. “All captured grizzly bears provide a wealth of information into overall grizzly bear population status and health.”

Relocating grizzlies can be an effective way to reduce conflicts with humans.

“Relocation of grizzly bears reduces the chance of property damage, reduces the potential for bears to become food conditioned, allows bears to forage on natural foods and remain wary of people and provides a non-lethal option when and where appropriate,” said King.

Game and Fish provides further information on their relocation efforts.

“Grizzly bears are relocated in accordance with state and federal laws, regulations and policy. More about how the Game and Fish manages grizzly bears in Wyoming is available online,” the release states. “Game and Fish also continues to educate the public about how to proactively live and recreate in bear country to avoid conflicts as part of our ‘Bear Wise Wyoming’ program.“