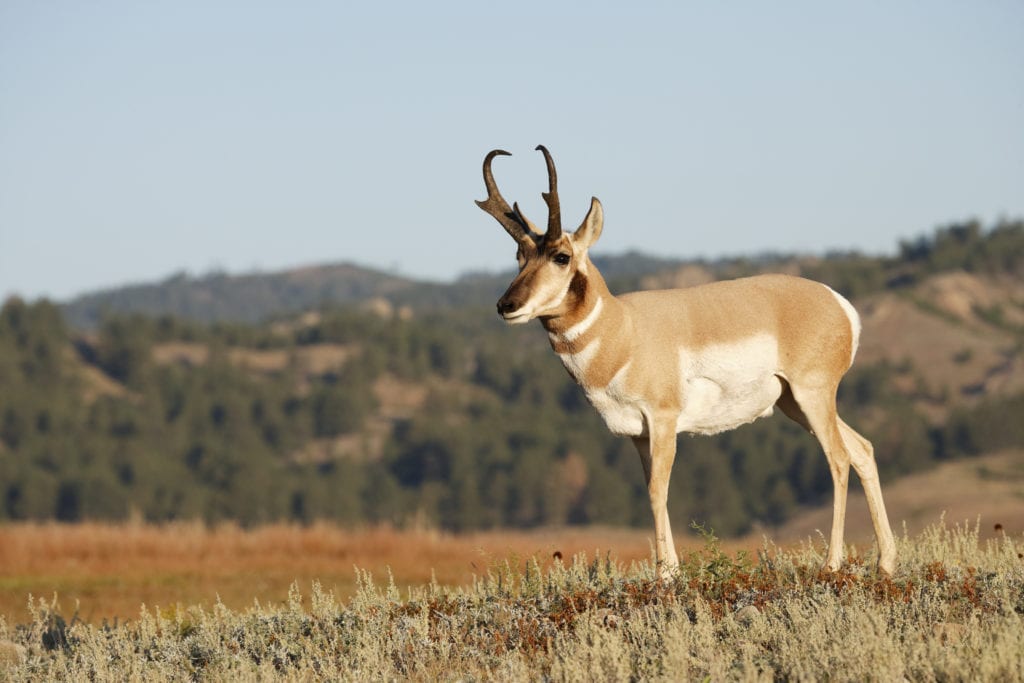 CASPER, Wyo. — The Wyoming Game and Fish Department said on Monday that it is tracking an outbreak of a disease that mainly impacts white-tailed deer and pronghorn.

Outbreaks of epizootic hemorrhagic disease (EHD) were confirmed based on sampling of dead deer and pronghorn near Arvada in northern Wyoming as well as near Douglas, Laramie and Cheyenne.

Game and Fish says that the disease is caused by a virus and its presence is “not common” during droughts or times with hot temperatures, “especially where wildlife congregate around small water holes where the disease-carrying biting midge lives.”

The department said that the disease is seen in big game on an annual basis in Wyoming but that some years have bigger outbreaks.

“This year seems worse, but we are just at the beginning of the outbreak,” said Wildlife Health Laboratory Supervisor Hank Edwards. “Monitoring will be important to chart the impacts.”

Game and Fish offers an online map showing areas where the presence of the disease has been confirmed.

“The map locations represent lab-confirmed distribution, but not the intensity of the disease,” Game and Fish notes. “Once an area is documented, the lab won’t continue to sample there.”

The disease is not spread from animal to animal but rather through animals being bitten by midges, according to Game and Fish.

“The midge collects a ‘blood meal,’ like a mosquito,” Edwards said. “When the midge bites another animal, the virus spreads.”

The disease is most common in fall when conditions are dry.

“As water holes shrink, animals become more concentrated, so it is easy for midges to transmit the disease,” Game and Fish says. “The disease impact in Wyoming is not expected to be uniform. The disease is known to wax and wane in deer and pronghorn populations, and not all animals that are exposed to the virus will die. Some develop an immunity. Wildlife managers expect areas with high white-tailed deer [populations] will be impacted the hardest and some isolated pronghorn areas [will be equally hit]. The disease cycles every 7-10 years.”

“The number of deer and pronghorn affected is expected to increase until the first hard frost kills off midge populations. This fall, hunters should be aware of the disease, but shouldn’t be concerned about contracting EHD or spreading it to their pets. Humans are not at risk of contracting the disease. If disease managers identify substantial impacts to wildlife, it could curtail hunting seasons. Game and Fish will continue to monitor the extent of the disease across the state.”