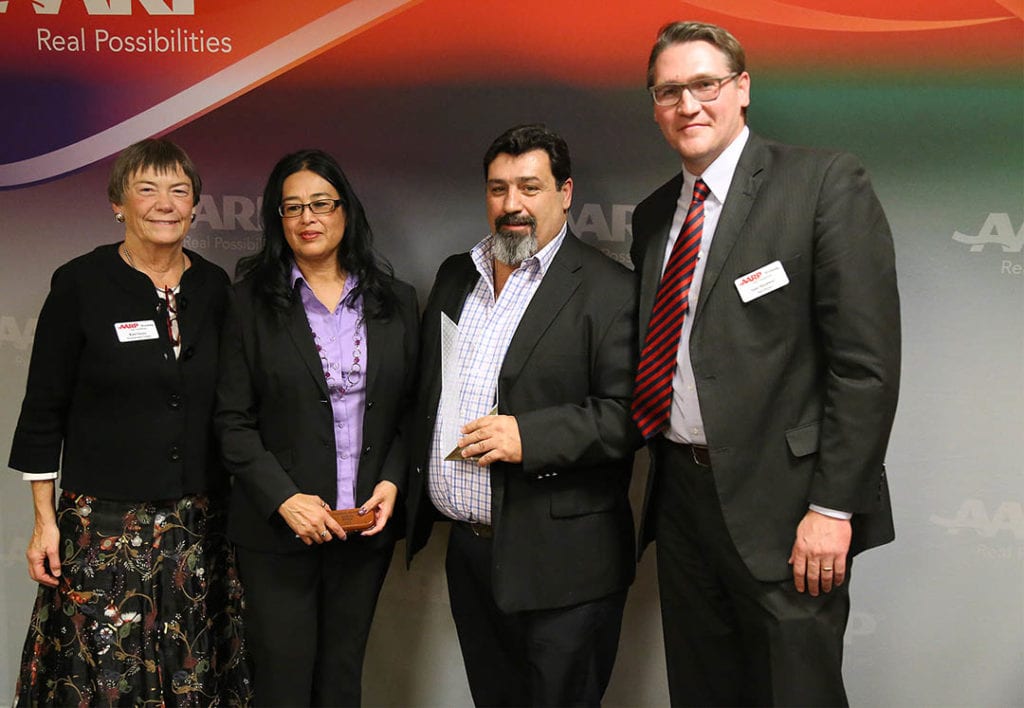 CHEYENNE – Clayton and Gloria Jensen were honored as winners of the 2017 Andrus Award by AARP Wyoming, Tuesday night in Cheyenne.

The Andrus Award is AARP’s most prestigious volunteer awards, according to an AARP press release. It recognizes individuals who are sharing their experience, talent and skills to enrich their communities in ways that are consistent with AARP’s mission, vision, and commitment to volunteer service, and that inspire others to volunteer. Only one volunteer per state (or couple performing service together) can receive the Award.

Clayton and Gloria Jensen are the coaches at the Casper Boxing Club in Casper where they have gained a reputation for changing the lives of at-risk young men and women. The mission of Casper Boxing Club to promote sportsmanship, responsibility, integrity, loyalty, and individuality through education, dedication, desire, and a commitment to maximize excellence. The program seeks to use the mind and body as a catalyst to bring about change, creating an environment to reach youth who others may have written off as unreachable.

Their efforts include work with the Police Athletic Club, as well as Rock Steady Boxing, a program in which Parkinson’s Patients go through boxing training, which has been shown to slow, or arrest the advancement of the disease.

Clayton and his wife have devoted much of their lives to boxing. Having met in their early teens while participating in rival boxing clubs, the two have been married for 18 years. Clayton was born in Worland before moving to Casper at age 11. After a rough start to school in Casper, he found the Boys and Girls Club of Casper, which had a boxing program and later joined the Casper Boxing Club. Clayton began coaching in 1988.

Gloria is well-known in boxing circles in her own right, as a level two boxing official traveling nationwide to arbitrate bouts. She is also in charge of boxing officials for the state of Wyoming and has long been an advocate for allowing girls and women to compete in the sport.

The Jensens were nominated for the Andrus Award by Henry Silva, who said of Jensen, “In today’s world our youth are in trouble and Clayton has found a niche that helps reach the untouchables…  Clayton has been committed everyday to be at the club for 6 to 8 hours to run and help these kids and still maintain a full time job, and does this all on a volunteer basis with no pay…  Clayton has gone unnoticed for over 25 years and still stayed his course.”