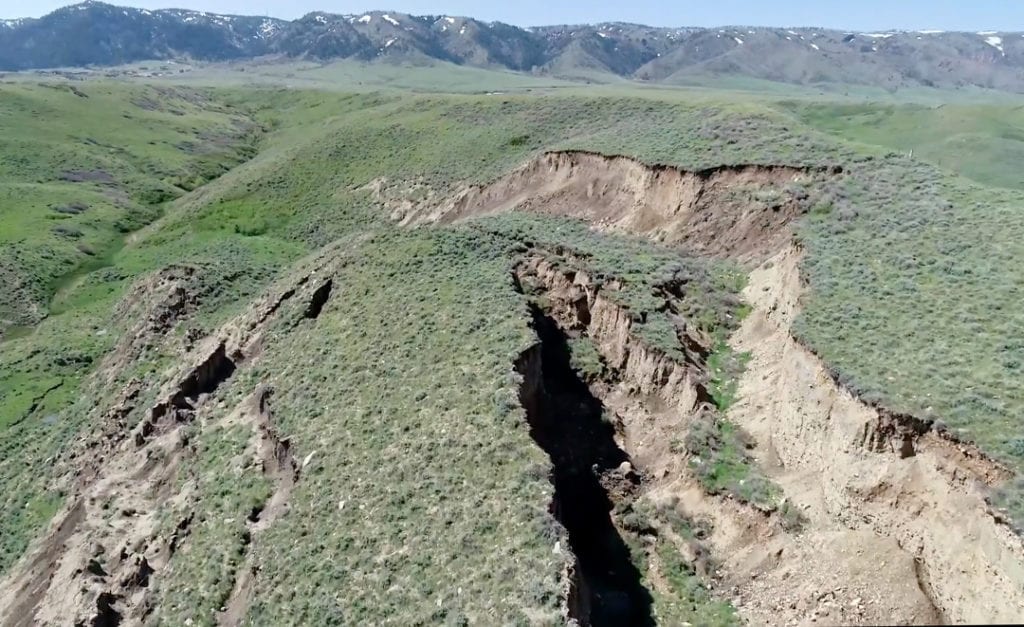 A still from drone video footage shows what appears to be recent landslides near Wolf Creek at the base of Casper Mountain. (Coutesy Jeremy Thies)

CASPER, Wyo. — Aerial footage shows what appears to be new landslides on the foothills of Casper Mountain.

Drone footage made by Jeremy Thies shows slabs of land that appear to have moved recently following days of rain and snowmelt.

There have been numerous reports of rockslides and land movement round the state after a heavy dose of spring moisture over the last couple of weeks.

Thies, an area landscape and wildlife photographer, says the footage was shot “up from Wolf Creek” on Thursday, May 30, 2019.

Oil City News has reached out to BLM for more information and will update when it becomes available.