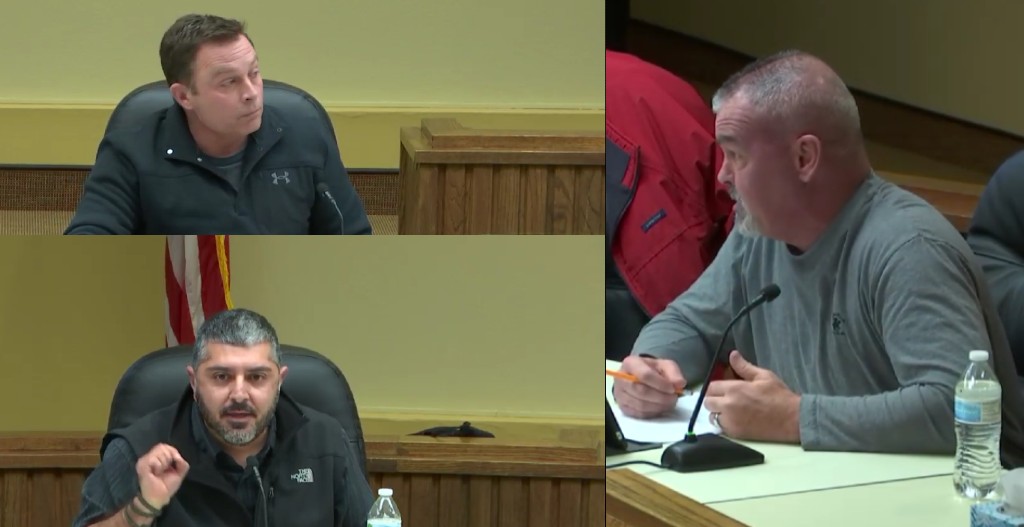 The vote on Tuesday does not formally select the new mayor and vice mayor. Rather, the council will be asked to formally approve of the selection of Pacheco to serve as mayor and Freel to serve as vice mayor during its Tuesday, January 4, 2022 regular meeting.

Ahead of the straw poll vote on Tuesday, the council engaged in some debate about the process to select the new mayor and vice mayor. Council member Bruce Knell expressed some frustration with council members being nominated for both the mayoral and vice mayoral positions. City Attorney John Henley said that it is allowable under the Robert’s Rules of Order for people to be nominated for multiple positions.

Originally, members of council nominated their fellow members ahead of the straw poll votes for the positions of mayor and vice mayor. Nominations for mayor started out as follows:

While Knell on Tuesday also complained about the “opportunity for collusion” among Casper leadership during brief meetings between the mayor, vice mayor and city manager ahead of the start of council meetings, Pacheco and Freel pushed back.

Pacheco noted that the mayor and vice mayor do not have more formal power in Casper’s system than other members of council.

“I know it is going to get in the paper because I am hot right now,” Pacheco said after Knell raised the specter of possible collusion among Casper leadership. “There is no collusion whatsoever. That is a slap in the face of this council to even suggest that one of us would be improper to try to do something to try to pack that seat, or whatever else it is.”

Freel likewise pushed back against the suggestion that anything improper has been done by council or city leadership since he came on as mayor two years ago.

“I’m glad to know that the last two years of what we’ve gone through in your eyes has been [that] we’re just a bunch of liars,” Freel said to Knell. “I’d like to know at what point in time we pulled the wool over anybody’s eyes [or that] we’ve done anything wrong, period.”

Knell told Freel and Pacheco that he does not question their integrity. Rather, he said he raised his concerns about the “opportunity for collusion” based on concerns expressed to him by members of the public, not concerns he necessarily holds himself.

On the other hand, Knell said that he thinks he has been on the receiving end of some investigation instigated by leadership.

“Do I think there is some stuff going on behind the scenes sometimes?” he asked. “You bet, especially when I am the victim of it.”

Cathey said that he didn’t mind Knell raising the concerns that he had. He said that in addition to some of the concerns Knell had voiced, he thinks that there may be some perception of the possibility of impropriety among the public stemming from members of the council sometimes tuning into meetings via Zoom. Cathey said he thinks there is some concern among members of the public that participating in Zoom meetings with cameras off could allow members to text back and forth without the knowledge of the public or other council members.

Cathey said he thinks the more transparency the council can provide, the better the council will be able to avoid any perception about the possibility of collusion.

Council member Jai-Ayla Quest said that she thinks it is to be expected that leadership will come with issues about perception.

“There is always a perception about leadership regardless of whether you are in a classroom, in a business place, in a place of government,” she said. “It is our job as leaders to provide answers, to ask questions and to be respectful while doing so. And I just want to reiterate that that respect component is really important, so please can we continue to maintain that during this conversation?”