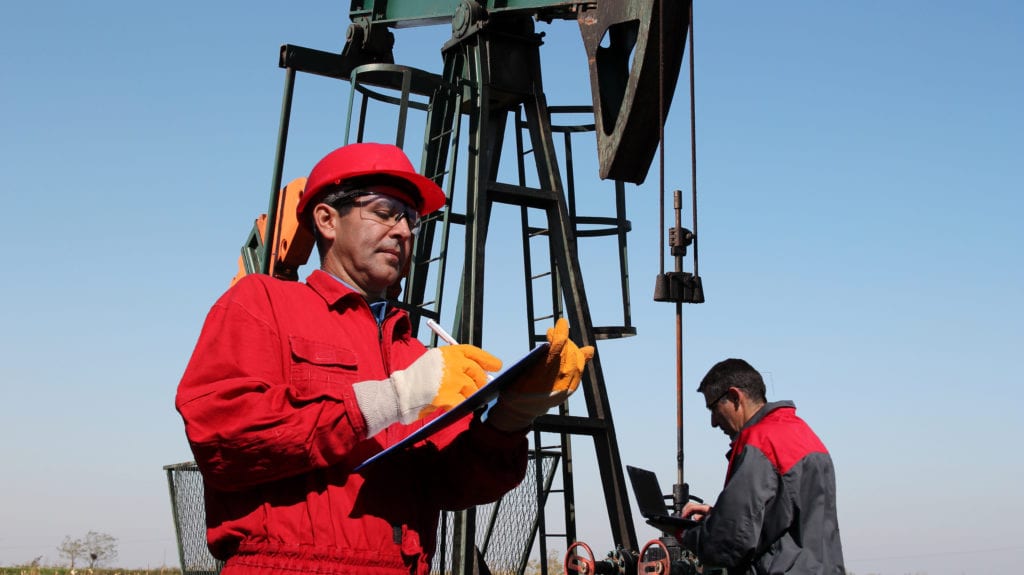 CHEYENNE, Wyo. — As global crude oil prices surged to over $100 a barrel Thursday following Russia’s invasion of Ukraine, both short- and long-term effects to Wyoming’s oil market could be ahead — especially if the conflict drags on.

Spurred by uncertainty about the current geopolitical climate in eastern Europe, the Brent crude price (the international standard for oil barrels) crossed the $100 mark Thursday for the first time since 2014.

Prices have jumped by over $30 a barrel since Dec. 1 and could continue to increase as international sanctions toward Russia — which produces around 10% of the world’s oil — come into play in response to the invasion.

In the near future, gas prices are likely to go up in Wyoming, though at a slower rate than neighbors such as Colorado, per University of Wyoming professor Charles Mason, a published scholar in environmental and resources economics. However, extended volatility in the global market — especially if a decrease in Russian oil depletes American reserves — could result in an increase of drilling across the Cowboy State.

“Gasoline prices are just really sluggish here [in Wyoming]. … It could be because of the trade: a given gasoline station doesn’t turn over its stocks of gasoline nearly as fast in Wyoming as in Colorado. Maybe that’s not true in Cheyenne, [but] it is certainly true in Laramie and smaller communities in the state. And that’s my hunch, is that it’s just the turnover for the amount that [Wyoming gas stations] hold in inventory is a little bit slower.”

The Consensus Revenue Estimating Group (CREG), the Wyoming state government’s wing for projecting income streams across the state, painted a rosier budget outlook in its October 2021 report than January 2021, with CREG increasing its revenue projections by $281.4 million for the state’s general fund during the upcoming 2023-2024 biennium.

However, that number didn’t account for a large-scale geopolitical conflict like the Ukraine invasion suddenly reshaping the world oil market, UW professor Robert Godby (who has been with the CREG since 2019) said Thursday to Cap City News. The risk premium, or likelihood of a market-changing event happening, of oil prices has increased in recent months, which Godby noted caught worldwide markets by surprise.

“We used to see [risk premium] all the time in oil markets,” Godby said. “There was always this uncertainty in the Middle East that war might break out, and so oil prices were high in the first decade of the 2000s. … What we’ve seen is for the past decade, that risk premium hasn’t been in the market. It’s almost like markets forgot about geopolitical risks, and what really caught them off-guard in the past few weeks was the Russia situation, where suddenly it seemed like people actually realized there might actually be an invasion.”

The United States, like many major Western countries, has a reserve of crude oil (known as the Strategic Petroleum Reserve) to act as a buffer in case of need, and Mason noted that he’d be “very surprised” if President Joe Biden doesn’t release some of those reserves in the coming days. But that reserve is finite, with Mason saying that the American reserves could supply the country’s oil demand for about a month.

However, if the war in Ukraine continues for months — and Russia’s share of the world oil market is limited — other countries are going to have to try and fill the void as world reserves deplete, Mason said. But whether or not that means Wyoming could see an increase in oil production depends on the length of the high prices, Godby remarked. For now, that demand isn’t there.

“The Powder River Basin and the Uinta Basin have not been impacted as much, at least judging by the number of rigs that have increased,” Godby said about Wyoming’s oil production in recent months. “To see a significant increase in production in Wyoming, you would have to have long, sustained higher prices, and they would have to be higher than what we’re already expecting.”

That doesn’t mean that Wyomingites won’t be feeling the effects of oil price increases on their wallets. Godby also noted that gas prices are likely to go up in the short term, but the state itself — seeing additional tax revenues from oil extraction — could gain a massive windfall from the increased oil prices.

Filling a vehicle up over the next few weeks will likely get costly, but Godby noted a “silver lining” of the situation may be more revenues than expected for Wyoming in the long run. Why that’s happening, however, is the unfortunate part.

“It’s not like you want a war to break out in eastern Europe to help the state’s budget situation, but that is the case,” Godby said. “That will allow the state a little more latitude because long-term, the state still faces the same structural challenges we’ve been worried about for years. … It does, at least for the next few months, put a little more money on the table in terms of revenue.”