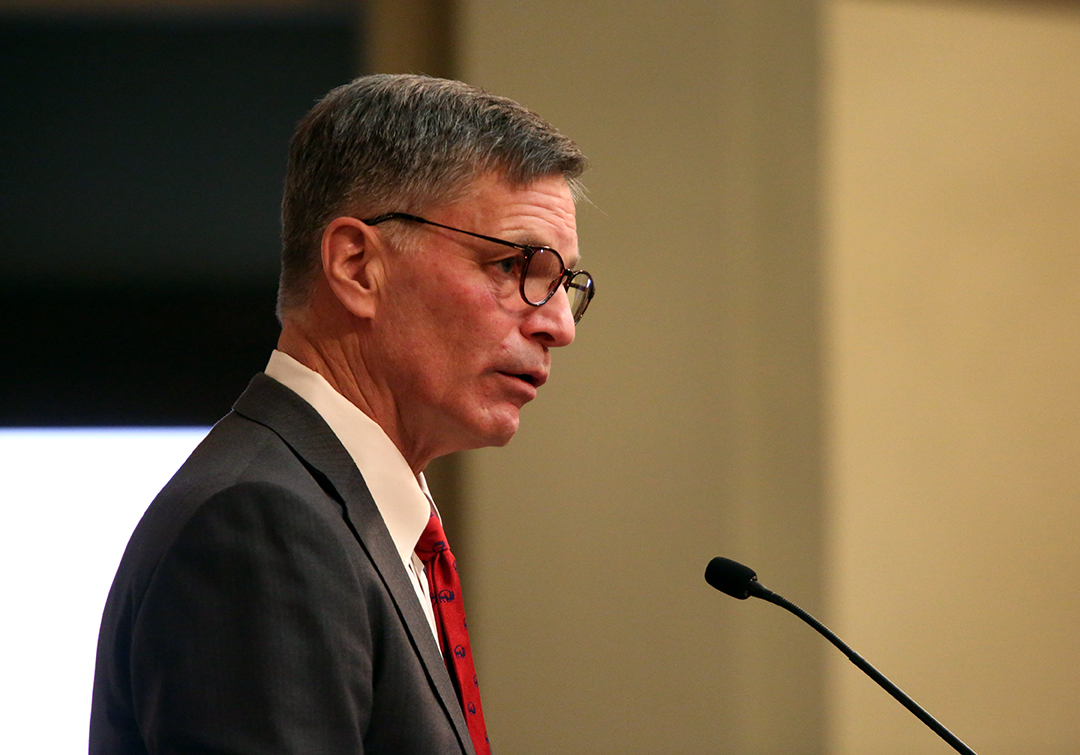 The regional hub project is a collaboration between intermountain states, including Wyoming, Colorado, New Mexico and Utah. The coalition released a “Request for Expression of Interest” on Thursday, soliciting input from stakeholders. People can complete the requests on a new website launched by the Rocky Mountain Alliance for Next Generation Energy for the regional hydrogen hub project.

“Hydrogen projects will not be developed without major investment and buy-in from private companies. While our four states have worked out the parameters of our joint efforts, it is now time to find out what projects the public and industry will find feasible,” Gordon said in the press release. “Wyoming has an all-of-the-above, net zero energy strategy and these partnerships will support that goal.”

Wyoming, Colorado, New Mexico and Utah signed a memorandum of understanding in February to form the coalition. The coalition is working on an application to secure funding for the new regional hydrogen hub from money allocated for this in the federal Infrastructure Investment and Jobs Act.

Information submitted through the Requests for Expression of Interest will be used to support the application to the Department of Energy for the regional hub funding. That application is expected to be submitted this fall, the press release said.

“Given the high levels of interest in the nation’s rapidly growing hydrogen sector, the Request for Expression of Interest will serve as a critical avenue for stakeholder input to WISHH and RANGE,” said Anja Bendel, program director for WISHH. “We encourage anyone looking to get involved or provide input in this effort to utilize this site.”

The coalition argues that the four states are “uniquely qualified” for a regional hydrogen hub.

“These states have the potential to create a thriving hydrogen economy given the presence of high-quality wind, solar, biomass, and other energy resources,” the release said. “They also possess a sophisticated oil and natural gas industry, robust energy-transportation infrastructure, and an established carbon management infrastructure with both favorable underlying geologies and regulatory structures.”