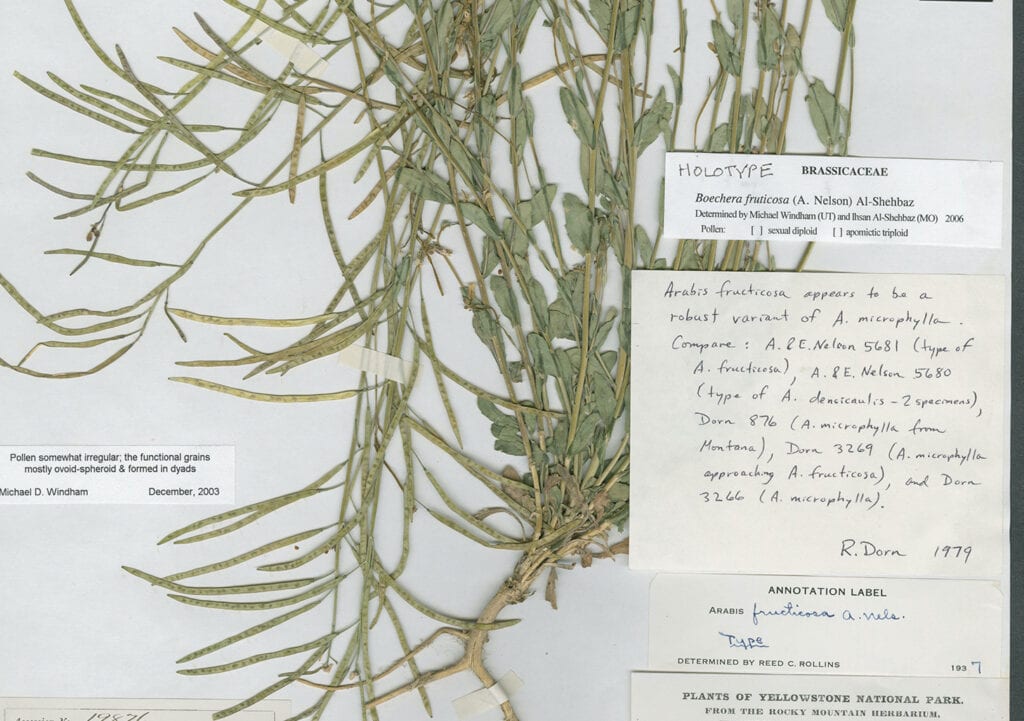 CASPER, Wyo — A University of Wyoming (UW) botany professor has contributed to research paper identifying 65 plant species that have gone extinct in North America since European settlement. That figure reflects only a small fraction of the likely extinctions, the university said Friday in a media release.

Because many extinctions likely occurred before scientists explored an area, it is likely the 65 documented extinctions vastly underestimate the actual number of plant species that have been lost, UW added.

One of those was the Yellowstone rockcress (Boechera fructicosa) in Wyoming.

“It is in a family called the mustard family, having many of the top 100 food crops in the world,” said Bonnie Heidel,  lead botanist of UW’s Wyoming Natural Diversity Database.  Heidel co-authored the paper “Vascular Plant Extinction in the Continental United States and Canada,” that appeared in the Aug. 28 issue of Conservation Biology.

Of the 65 documented extinctions in the report, 64% were known only from a single location, including the Yellowstone rockcress, UW said.

“While conservation often focuses on protecting entire landscapes, this finding points to the importance of small-scale site protection and attention in order to prevent extinctions,” the release said.

The paper continues the work of botanist Aven Nelson, who specialized in plants of the Rocky Mountains and was one of the founding professors of UW. He taught at the university  for 55 years and served as president from 1917-1922. The Aven Nelson Building near UW’s Old Main is named after him.

Nelson collected a yellowstone rockcress in 1899 from Yellowstone National Park. It has not been seen since, UW said, and became the subject of a botanical detective story that might have ended in extinction. Experts across the country, from New York and North Carolina to Utah, are still trying new leads.

Heidel said there have been three main rounds of searches — the 1930s, 1970s and in recent years — to locate the Yellowstone rockcress.

“The first two searches were unsuccessful, and the current work has not relocated the species to date, but has the genetic results that may help them pin down their target,” she says.

“Whether Yellowstone rockcress is extinct or not, this article is a reminder that certain species of plants face imperilment, whether we know the cause or not,” Heidel said.