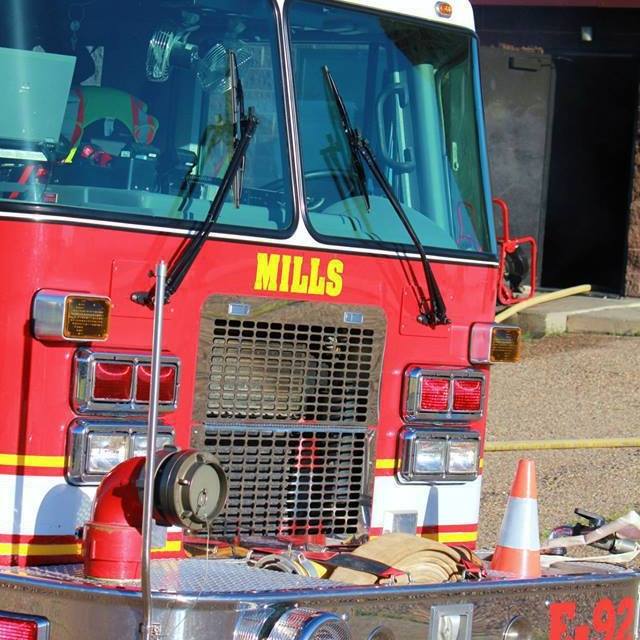 CASPER, Wyo. — The Natrona County Fire District and the Mills Fire Department said in a joint press release on Thursday that crews from their agencies responded to a structure fire in the 500 block of South 4th Avenue in Mills at around 2:45 p.m. Wednesday, Feb. 16.

The party that reported the fire said there were flames coming out of the back of the house.

“Firefighters arrived on scene and found heavy smoke and fire coming from the back of the house,” the release states. “Fire units began fire suppression and were able to control the fire quickly after arrival.”

“One occupant was in the house at the time of the fire. The occupant was woken up and alerted by working smoke detectors and heavy smoke, and was able to make it out prior to fire units’ arrival. That occupant was later treated
for smoke inhalation [by] EMS crews on scene and was taken via personal vehicle to Banner Health (Wyoming Medical Center) for further evaluation.”

Firefighters also conducted a search of the house during initial fire suppression efforts and two dogs were located.

“Both dogs were unconscious when taken out of the home and given lifesaving measures by crews on scene with pet oxygen masks and CPR,” NCFD and Mills FD said. “One dog was revived; however, the other dog was pronounced deceased.”

The structure and contents inside sustained significant smoke and fire damage and the occupants were displaced and unable to return in the aftermath.

“A Natrona County Burn Fund check and a Mills Citizens Relief Fund check was written to the occupants of the structures due to fire displacement,” the release said. “Donations are being accepted at the Mills Fire Department for the occupants; MFD asks that you call their station at (307) 234-8481 prior to donation drop off.”

“All units and agencies operating on this fire scene stated that interagency cooperation was well integrated. This incident was another example of how properly working smoke detectors save lives.”

At the time of the press release, the cause of the fire was unknown and remained under investigation.

Three NCFD units and five Mills FD units were among those initially dispatched to the fire. Bar Nunn Fire Department later sent two units during the incident when that was requested.