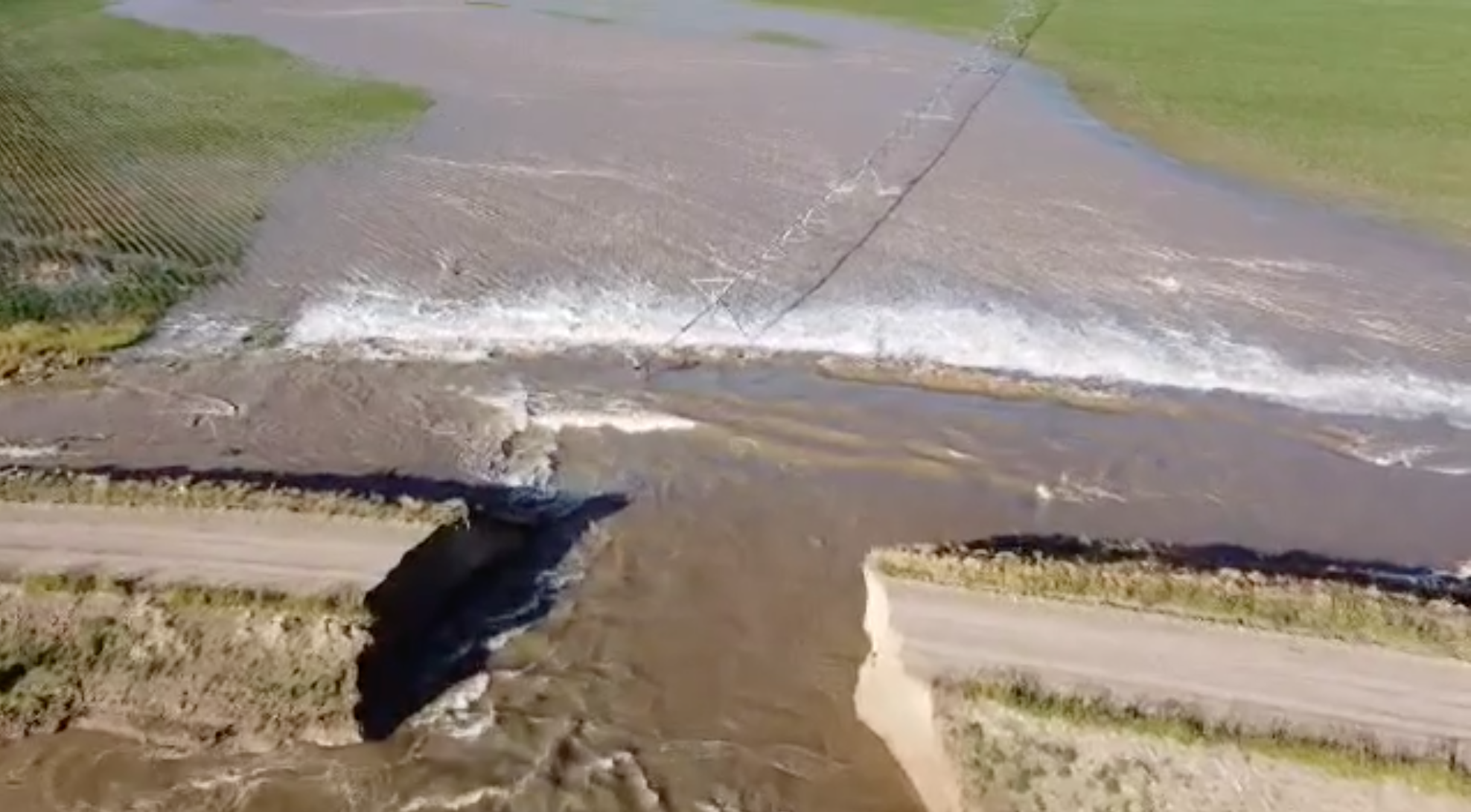 View from a drone of flooding near Lingle in Goshen County following the breach of the Interstate Canal near the town Friday morning. (Screenshot from Torrington Police Department, Facebook)

CHEYENNE, Wyo. — Evacuations are currently occurring for significant portions of Lingle after a canal near the small town in Goshen County breached Friday morning.

The National Weather Service bureau in Cheyenne has declared a flash flood emergency until at least Friday evening for the town of under 500 people after the Interstate Canal west of town breached, remarking of the danger of “imminent” flooding as the situation was noted to be worsening, per a Goshen County Emergency Management report.

Those located in areas of Lingle south of the Lucerne Ditch are being told to evacuate, per a report from the Torrington Police Department, with it additionally noting that shelter is available in town at the North Hills Baptist Church on 101 W. 8th St.

A portion of U.S. Route 26 west of Lingle is currently closed as traffic in the area is being rerouted to Wyoming Highway 157 south of town, per police reports. A National Weather Service meteorologist said Friday morning to Cap City News that no additional information was available from the station at this time other than its current release on the situation.

A drone view of the breach is available on the Torrington Police Department’s Facebook page.