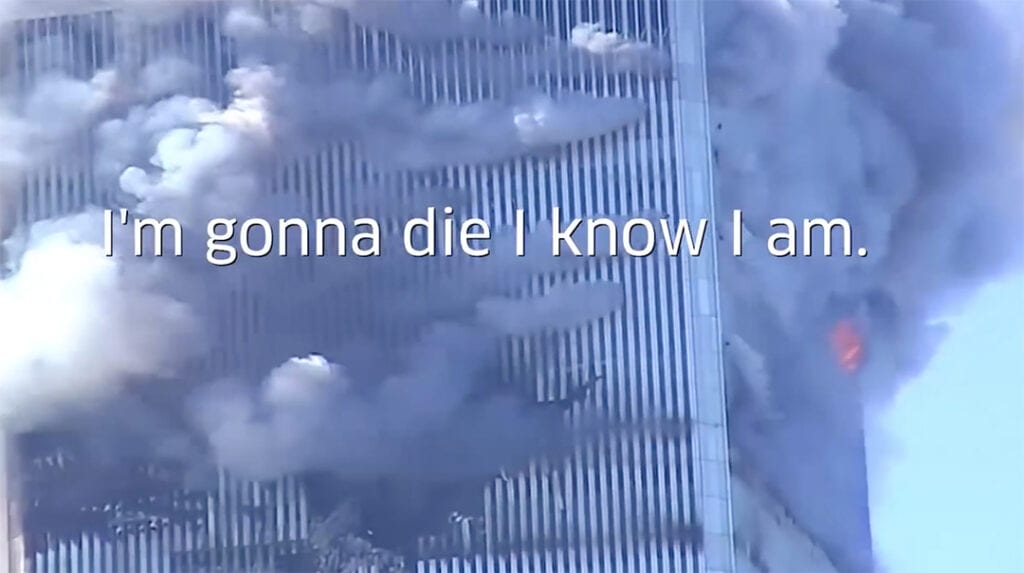 A screenshot from a video posted by the TSA shows text matching voices of victims recorded during the terrorist attacks on Sept. 11, 2001. (TSA via YouTube)

A powerful video released by the Transportation Security Administration (TSA) in 2018, uses actual audio of air traffic controllers, first responders, and victims to give a chilling account of the terrorist attacks on Sept. 11, 2001.

The video recreates the confusion, horror and heartbreak of the events that were the result of four coordinated hijackings of U.S. passenger jets by terrorist group al-Qaeda.

In all, 2,977 people died in the attacks after hijacked commercial jets were flown into the World Trade Center twin towers in New York City, and into the Pentagon in Washington, D.C. A fourth hijacked airline believed to be headed to Washington, D.C. crashed in a Pennsylvania field when passengers intervened.

There are disturbing images and strong language in the video, which can be seen below: