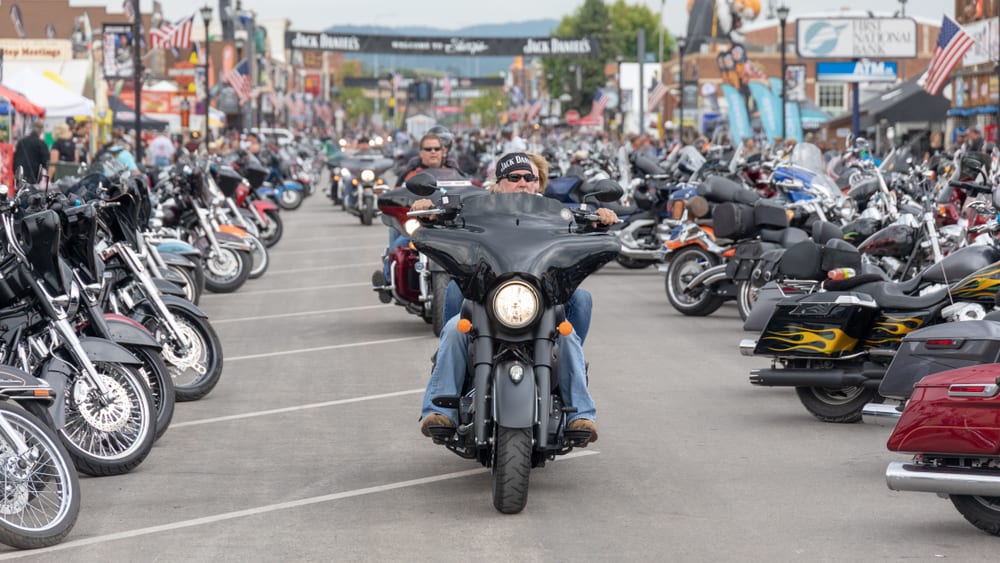 While many outdoor summer events have been canceled or greatly modified for the year of COVID, the 2020 Sturgis Motorcycle Rally is throttling forward.

According to KOTA-TV, Sturgis City Council approved the event on Monday night with an 8 to 1 vote, bringing a final answer to weeks of uncertainty about the festival.

There will be modifications, however.

The annual parade, opening ceremony and B-1 flyover are canceled, as are all contests.

Vendors will be required to wear PPE, which will be provided by the city if needed.

Parking is allowed on Main street, but plaza seating and open container drinks will not be allowed, according to KOTA. Sanitation stations will be placed throughout the area.

In addition, mass testing is being considered but has not been approved. Each test could cost up to $150 per person, said KOTA.

According to the Black Hills Pioneer, the changes are meant to reduce the number of people gathering at once and possibly spreading coronavirus.

The annual rally is a huge tourist attraction for the area. According to city statistics, the highest attendance was just under 740,000 in 2015.