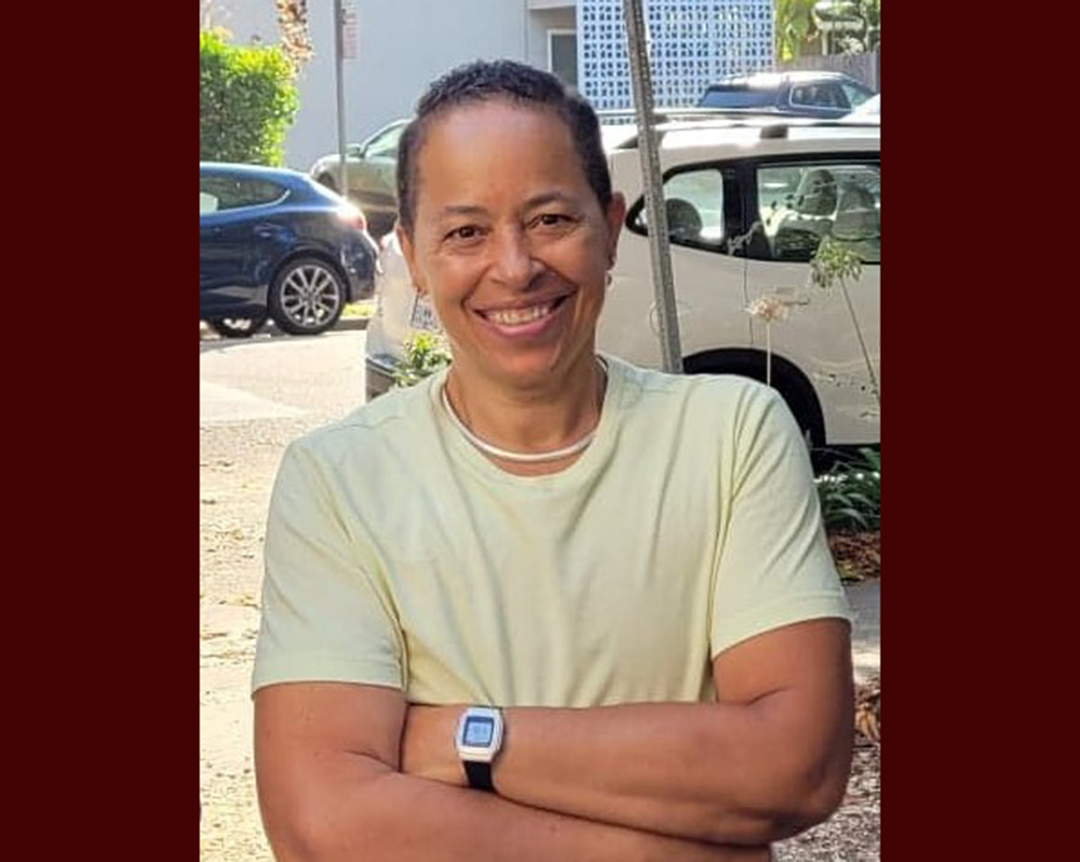 Teresa Johnson (aka “TJ”), age 58, passed away after a battle with triple-negative breast cancer in Medford, Oregon.

She was born in Columbus, Ohio, to Neil (Cornelius) Johnson and Sylvia Nielsen.

She earned a bachelor’s degree from Arcadia University in California. While in college, she was a competitive swimmer.

Throughout her life, TJ had multiple careers. She worked as a wild life firefighter for 17 years. She also worked for Fish and Wildlife Office in Santa-Ana, Texas, and for Forest Service in Washington State. Most recently she worked as an Environmental Protection Specialist for BLM in Casper, Wyoming, and Medford, Oregon.

TJ served as a Peace Corps volunteer from 1997 to 1998 in Poland, where she met her husband, Waldemar (Waldek) Kisiel. They built a family together, living in Texas, Washington, Ohio, Casper, and most recently Medford. Their son Briar was born in 2003 in Ohio while she was taking care of her grandparents. She was a giving person who helped many friends along her life journey and built lasting friendships.

TJ enjoyed the outdoors, camping, backpacking, sewing, gardening, and foraging, among many other things. Her house was always welcome to her neighbors, co-workers, friends and friends of friends.

TJ is survived by her husband Waldek Kisiel of Medford, Oregon; son Briar Kisiel-Johnson; sisters Kimberly, Xylina, and Chapa; brothers Ando and Llamo; extended family in Poland; and many friends all over the country.

The family wishes to recognize Medford BLM office for their support.

A memorial service will be planned at a later date.

Although Eva H. Becker was called home on June 20, 2022, her soul will live on through her adoring family and friends.

Eva was born on June 9, 1932, in Vienna, Austria. Eva was especially close to her brother George, who, with his late wife Mitzi, was able to visit Eva in Casper on two occasions.

Eva was married to Joseph Becker until his death in December 2000. They moved to Casper in 1981 and it became home. Eva never remarried, but had a special love for her friend Weldon.

The last two years Eva was able to live with her daughter Christine and granddaughter Julia, whom she adored and who is Eva‘s “mini me.” These were fun and happy, special times for her.

Eva became close with several of her caregivers, especially Jessie, Valerie and Miranda, whom she was blessed to have in her life and who all became family.

Eva was a gentle soul and loved everyone she met. She enjoyed being silly and making people laugh. She enjoyed exercising, playing cards and trivia and painting. She was a great cook and cookie baker. She had a passion for animals, especially birds, and adopted numerous pets.

The family would appreciate assistance with funeral costs or donations to the Casper Humane Society in lieu of flowers.

Phil was born in Cleveland, Ohio, the third child and son of Ralph Byron and June Adele Smith.

Phil and his brothers and sisters were raised in Ohio until January 1961, when Ralph was transferred for work with General Electric to Dallas, Texas. While in high school, Phil met his future wife, Judi Marie (Ostman), and they were married October 3, 1970, there in Dallas.

In 1974, they moved to California, where their first daughter, Morgan Elizabeth, was born on September 5. In 1976, Phil and Judi moved to Texas City, Texas, where Phil started a 30-year career with Amoco Oil Co. as an operator and gained the nickname “Smitty.” Their second daughter, Sage Adele, was born on June 12, 1977.

In 1979, they packed up their little family and moved to Casper, Wyoming, so Phil could continue his career with Amoco. Morgan and Sage were joined by their baby sister, Willow Marie, on April 15, 1983. The girls were truly the light of their lives.

In 1992, Phil, Judi, Sage and Willow once again returned to Texas City. Phil finished his career there, not only as an operator but a teacher and mentor to many who worked with him. Phil eventually moved back to Casper in December 2004.

Due to a tragic car accident on March 3, 2006, the love of his life was called home. Shortly after returning to Casper, he chose a life of sobriety and was a devoted member of Alcoholics Anonymous. He loved going to his meetings and talking about the Big Book, and enjoyed many of the friendships that were gained over the years.

Phil was a man of many talents and was an avid storyteller. Phil’s interests and talents were building custom Harley motorcycles, machine work, and tinkering on cars. He felt the most free and at peace while riding his Harley on the open roads.

He was an incredibly smart man and could answer any question or solve any problem. Phil had a wonderful sense of humor; he was often goofy, loved his coffee and talking about the latest conspiracy theories.

For the past 15 years, he also enjoyed the companionship of his beloved cat, Lilly. Phil had the biggest heart and will truly be missed by so many.

Phil is preceded in death by his parents, Ralph and June Smith (Shrum), step-mother, Millie Siegel and his beloved wife, Judi.

A celebration of life will be held at the Church of Latter-Day Saints building, 1922 S. Poplar St. in Casper, Wyoming, on Monday, July 25 at 10:30 a.m. Cremation has taken place.