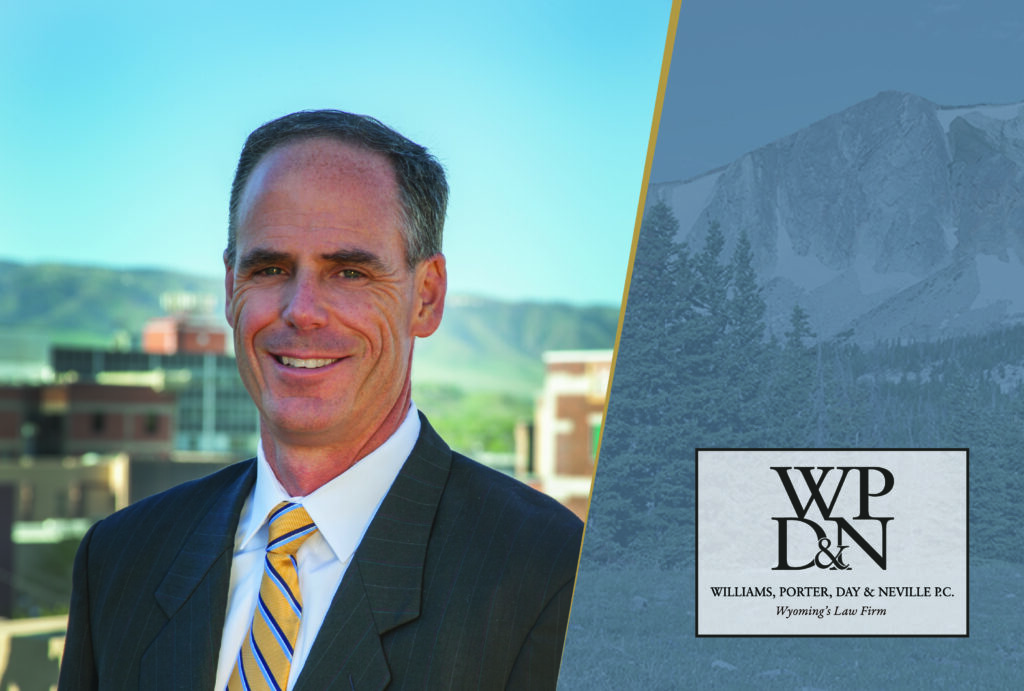 (Compassion is the basis of morality)

Spending time in another country is one of the best things a person can do. It opens them up to new ideas, new cultures, and new ways of thinking. It allows the mind to broaden. It’s uncomfortable, sometimes, but in that uncomfortableness, there is awakening.

That was something that WPDN attorney Scott Klosterman found out first-hand after he graduated high school.

Klosterman was always a good student. He was especially studious in school and he has always loved learning new things. That thirst for knowledge led Scott to various advanced placement classes throughout high school and it ingrained a love for learning that he still carries with him to this day. It was also during high school that Klosterman found himself participating in a job shadowing exercise where he was able to follow around a lawyer for the day. That was the day he realized that he wanted to be an attorney.

Klosterman’s road to WPDN began then, but it took a major detour during his college years. While growing up in Minnesota he attended Gustavus Adolphus College, a liberal arts school, where he studied Japanese and received a degree in international management, which worked as something of a catalyst to the next chapter in his life.

“I moved to Osaka, Japan where I studied at Kansai Gaidai University,” Klosterman recounted. “I then went to work as an interpreter for a while before I went to law school. I had taken foreign languages in high school, like Spanish and some French, and I didn’t really find that they piqued my interest very much. With Japanese, I was really attracted to and interested in the writing styles and the different kinds of characters that they use.”

It wasn’t just the language that interested Klosterman, however. It was the entire way of life in Japan-how people interacted with each other, the way they treated one another.

“One of the things that I took away from living in Japan is that they are compassionate toward others and non-confrontational,” he said. “In their system of justice, it’s very rare that people sue one another. For example, if there is an accident where someone runs into somebody else and is injured, [the Japanese] typically don’t file lawsuits. Rather, they do things to try and take care of the person that’s been injured such as visiting and staying with them in the hospital or bringing something to their family while the person is recovering.”

“Having compassion and understanding for others,” he continued, “is something that I’ve tried to adopt in my life and legal practice. I work hard to understand both sides of the coin and be compassionate to all parties involved. Although [at WPDN] we zealously advocate for our clients, I think being a good lawyer is also about trying to understand the other side’s story and to understand where they are coming from.”

In the world of cutthroat litigation, compassion may be a dirty word to some. But for Scott Klosterman, it’s the basis of his entire practice- a practice that he started in 1996 when he graduated with his law degree from the University of Wyoming College of Law.

“While I was in law school, there were different clinics that students could participate in,” Klosterman remembered. “One of the clinics that I participated in was called the Defender Aid Program, which provides legal assistance to people in the criminal justice system. While I was doing that, I was working with the public defender’s office in Cheyenne and just getting my feet wet in the world of litigation and trial work.”

After graduating from law school, Klosterman worked for the public defender’s office in Cheyenne before moving to Casper in 1997, where he began working at the law firm of Brown, Drew, Massey, and Sullivan.

It was there that he began his career in civil litigation.

“It was a fantastic experience,” Klosterman stated. “The mentoring that I received from former Wyoming Governor Mike Sullivan, Jeff Brinkerhoff, and other attorneys that worked there was great. They taught me a lot about not only being a good lawyer but also about being a good person, a good father, and a good community member; all of which those men exemplified.”

Klosterman worked for Brown, Drew, Massey, and Sullivan for close to four-and-a-half years, and then, in 2001, he started working at Williams, Porter, Day and Neville. It was a move that made sense; the qualities and characteristics that Klosterman valued are the same ones valued by WPDN.

“I think the reason WPDN is considered one of the most respected firms in the state is because of the fact that we bring a wealth of knowledge and experience from different backgrounds and perspectives together and, as a team, we use that to effectively advocate for our clients,” he said. “Whether it’s researching, writing or trying cases, we’re all in the same boat, rowing together.”

The attorneys at WPDN are, metaphorically, in the same boat. But each has his or her own special area(s) of practice and, for Klosterman, those primary areas involve professional malpractice, oil and gas litigation, and insurance defense.

“One aspect of being an attorney that I pride myself on is being a good researcher and a good writer,” he said. “I enjoy being a student of the law and, with this job, I learn something new every single day. Each case presents a different set of facts and legal issues that must be considered and evaluated. It is this variety that really piqued my interest in pursuing a legal career and what continues to keep me motivated each day.”

Klosterman has been with Williams, Porter, Day, and Neville for 19 years and a big reason he has stayed with the firm for so long is because they practice the same compassion, kindness, and respect that he learned so much about in Japan. His values, and the values of WPDN as a whole, are evident in every case they try and every client they serve.

“We just want to do things right,” he emphatically stated. “And we’ll do whatever it takes to do it right. Whether that means making sure we research and cite the correct law for the court to consider and apply, to acting professional and courteous to everyone involved in the case. And when I say just doing it right, that also encompasses doing what’s right for the community, state, and profession- to serving and being active in community and state, mentoring younger people as well as attorneys starting their legal careers. We want to be caring, we want to be compassionate and we want to make sure that we’re doing things right. And hopefully, that idea is personified in how we present ourselves, whether it’s in court or out in the community. We want to do it right.”

WPDN has been doing it right for more than 70 years and the respect they have built within the community and beyond is proof of that. Years ago, Klosterman traveled to the land of the rising sun and he saw people “doing it right.” And now, years later, he is committed to ensuring that he, himself, as well as the firm of which he is a part, are just as committed to doing it right.