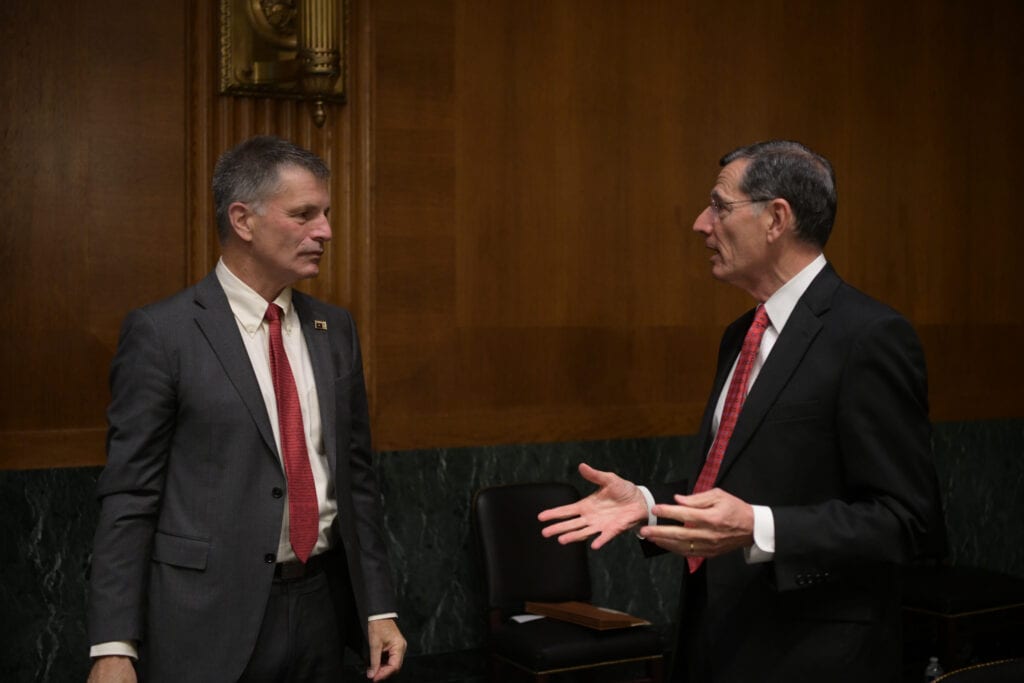 “I want to state clearly and unequivocally that the State of Wyoming will not participate in relocation or housing efforts of illegal immigrants or unaccompanied minors, and I have made our position clear to Federal officials,” Gordon said.

More than 22,000 migrant children were in government custody as of Thursday. Border encounters — a widely-used but imperfect gauge that tells how many times U.S. authorities came across migrants — rose sharply at the end of 2020 and continue to surge, according to the Associated Press.  In February, encounters topped 100,000, up from 17,106 in April 2020.

Facing pressure from both sides of the aisle, the White House on Friday said President Joe Biden plans to lift his predecessor’s historically low cap on refugees by next month, though it was unknown by how much.

Wyoming’s senior U.S. Senator John Barrasso said last week that the border crisis is “the number one topic that I heard about traveling the state of Wyoming.”

Barrasso said that Biden’s lack of clear policy on the border has created an information void that gave rise to rumors that migrants would be allowed in.

“The Wyoming Office of Homeland Security has advised our office that they are not aware of any federal immigration plans that include Wyoming,” Gordon added in his statement.

“Along with other Republican governors, I will continue to actively monitor the situation and will respond as forcefully as needed,” he said.