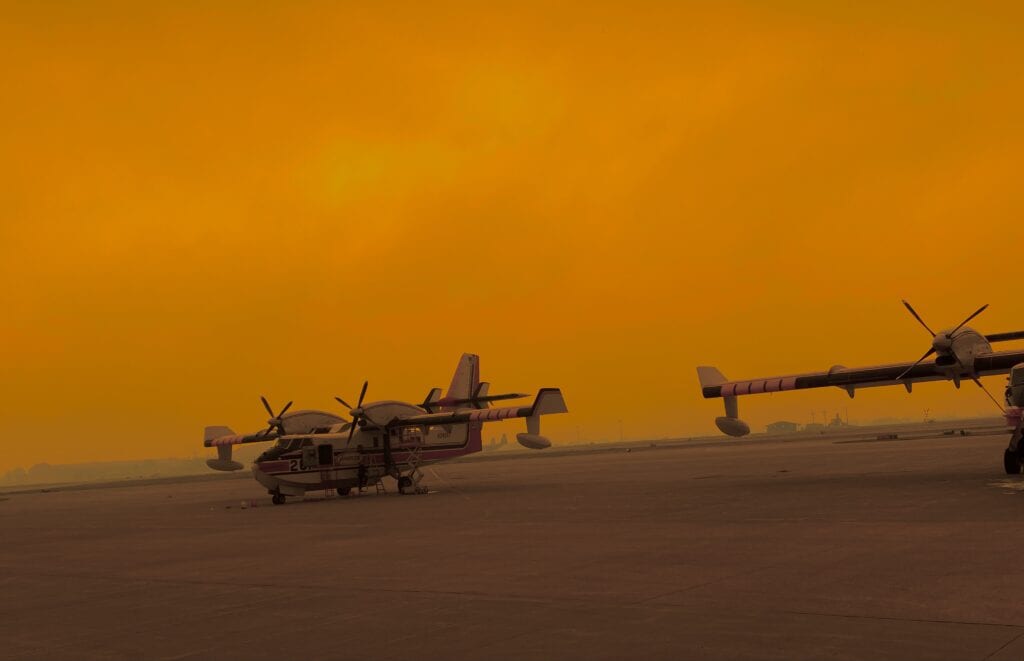 “Migratory die-off events in the western U.S. are significantly related to smoke and toxic gases released from wildfires, combining with the heavy snowstorms in some areas by using a series of satellite images,” Yang, who works in the Wyoming Geographic Information Science Center, said in UW’s release. “More importantly, citizens played an important role in observing this massive die-off event and provided invaluable data to iNaturalist, which is a citizen science platform.”

Citizen scientists reported dead birds to the platform during the period of the study, which occurred in August and September 2020, according to UW.

The snowstorms may have contributed to the mass die-offs since they cut off food supply sources for birds and forced them to migrate “before the birds were physiologically ready to make the trip,” UW says.

“In Wyoming, during August and September, more birds were found in urban and forested areas compared with other types of lands,” the release states. “Cropland areas show a positive correlation with the number of bird mortality events in mid-September in eastern Wyoming. Translated, the more cropland cover there was in an area resulted in more dead birds found.”

Yang explained to UW that while birds have evolved to adjust to fires, a lack of forest management practices like prescribed burning and removal of dead standing trees have led to hotter, larger wildfires which provided additional challenges to migratory birds.

“The toxic gases that were released from the smoke made an impact on the respiratory systems of migratory birds, and birds are very sensitive to the toxic gases during their exhausting long flights,” Yang said in the release.

Yang acted as the lead author of a paper stemming from the study titled “Unprecedented Migratory Bird Die-Off: A Citizen-Based Analysis on the Spatiotemporal Patterns of Mass Mortality Events in the Western United States.” UW says the paper was published in the April issue of GeoHealth.

“The findings highlight the important impact of extreme weather and natural disasters on bird biology, survival and migration, which can provide significant insights into bird biodiversity, conservation and ecosystem stability,” UW says. “The findings also support calls for the efforts of the bird conservation program and the Migratory Bird Treaty Act to better take into consideration the interactions between environmental change and ecosystem sustainability.”