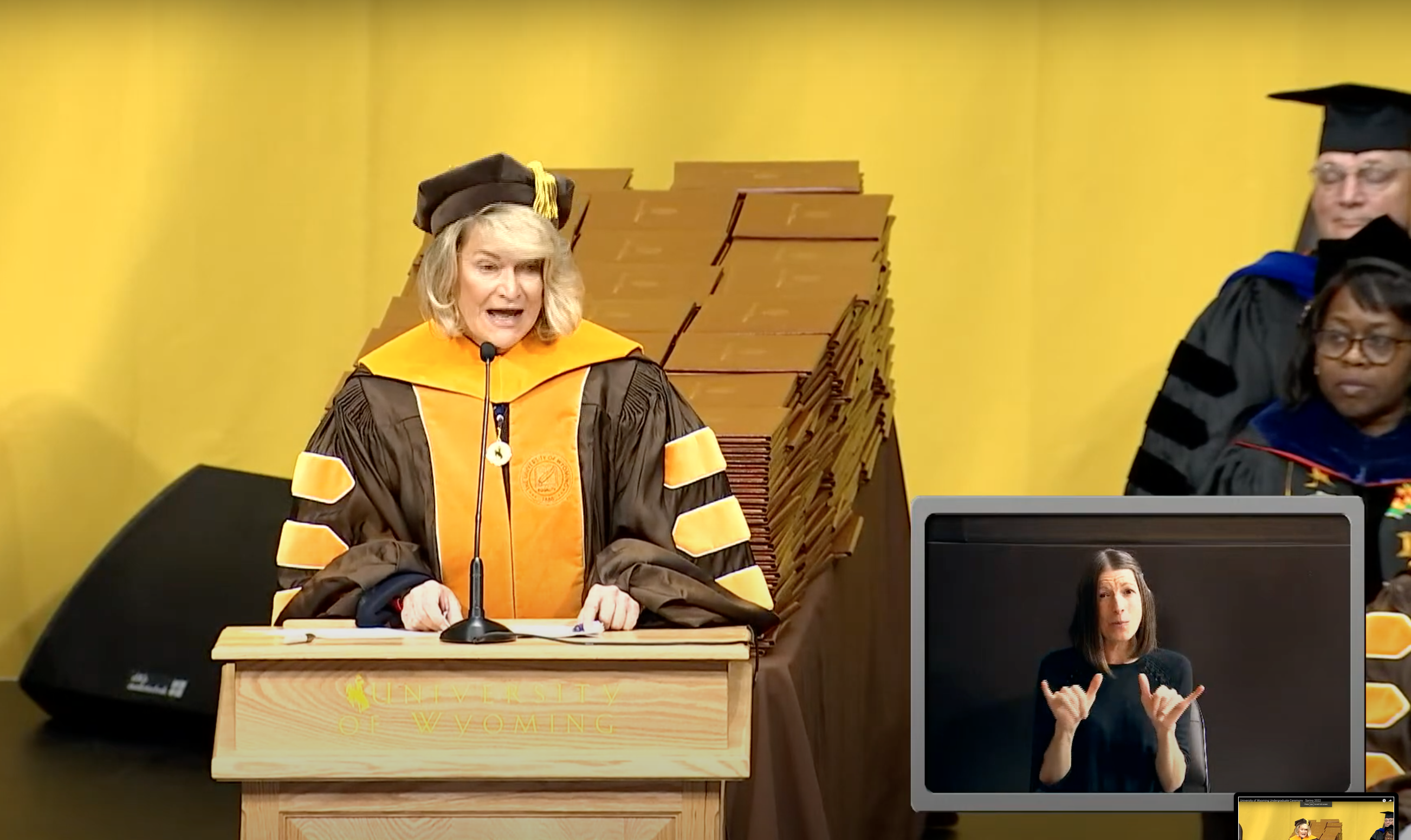 A University of Wyoming commencement speaker has apologized after a controversial statement she made in reference to sex and gender Saturday evoked jeers by some in attendance.

Sen. Cynthia Lummis, a Republican representing Wyoming in the U.S. Senate, made a comment that “the existence of two sexes, male and female” was a “fundamental scientific truth” while speaking to recent UW graduates of several schools on campus (including the College of Arts and Sciences and the College of Education) during their commencement, evoking an extended chorus of audible disapproval by some in the crowd.

A spokesperson for Lummis responded to a request for comment Sunday, with the senator saying through a statement that she was apologizing to those who felt “un-welcomed or disrespected” by the comments.

“My reference to the existence of two sexes was intended to highlight the times in which we find ourselves, times in which the metric of biological sex is under debate with potential implications for the shared Wyoming value of equality,” the statement read.

“I share the fundamental belief that women and men are equal, but also acknowledge that there are biological differences and circumstances in which these differences need to be recognized. That being said, it was never my intention to make anyone feel un-welcomed or disrespected, and for that I apologize. I have appreciated hearing from members of the University of Wyoming community on this issue, and I look forward to continuing this dialogue.”

Lummis made the comment toward the end of her speech, which lasted just under 20 minutes. In an attached recording of the commencement posted to a YouTube account named “UW IT Productions,” Lummis begins the following quote at the 49:42 mark of the video.

“There are those in government who believe not that the creator endowed us with inalienable rights … but that government created those rights,” Lummis said in the speech. “And the government should redefine those rights, including our rights to freedom of speech, religion, property, assembly and to keep and bear arms. Even fundamental scientific truths — such as the existence of two sexes, male and female — are subject to challenge these days.”

The last sentence was followed with an approximately 25-second pause as audible booing and jeering — along with sporadic applause — could be heard from the audience. Lummis grinned during much of the delay, beginning to say something during the pause before eventually returning to her speech.

Lummis, a UW graduate from Cheyenne, was one of the keynote speakers taking part in several university commencement ceremonies this weekend at the Arena-Auditorium in Laramie. Lummis was speaking in the context of her belief per her statement of “individual responsibility in safeguarding the constitution and the liberties it ensures,” which she additionally remarked was one of the “central themes” of her speech.

Correction, May 16, 2022: A previous version of this story incorrectly stated that Sen. Cynthia Lummis apologized for the “two sexes” comment. She apologized if anyone was made to feel uncomfortable or unwelcome after making the comment. The story has been corrected.