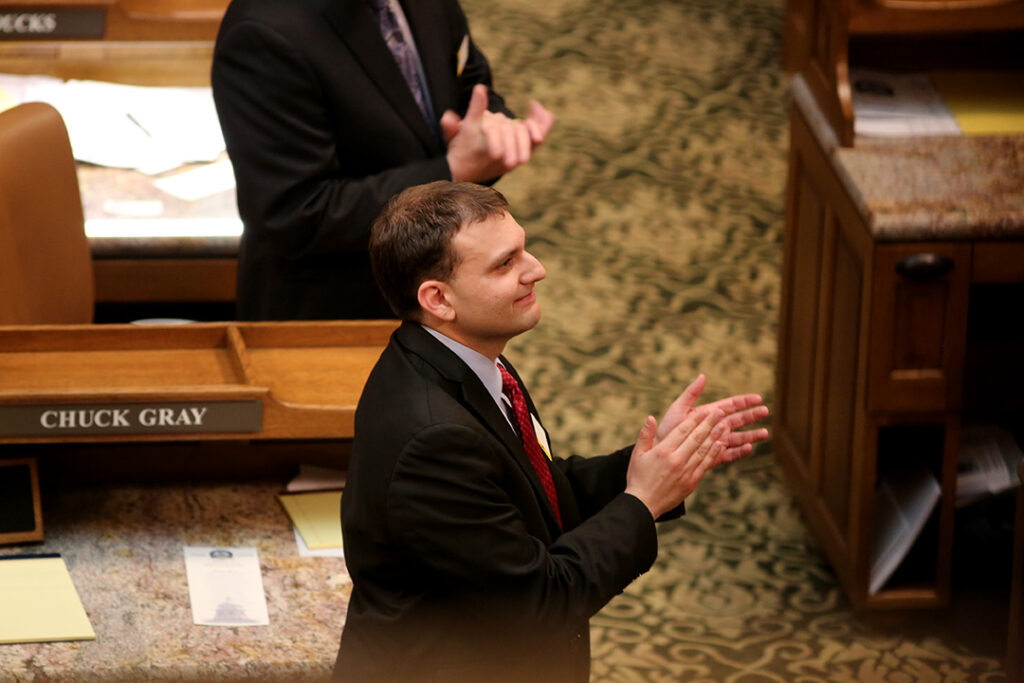 CASPER, Wyo. — A bill that would require voters to show photo identification at the polls is headed to Governor Mark Gordon’s desk after the House of Representatives agreed Thursday to changes the Senate made to the bill.

After the Senate passed House Bill 75 on a third reading vote of 28-2 on Thursday, the legislation returned to the House for a concurrence vote because the Senate adopted an amendment adding Medicaid cards as an acceptable form of voter ID.

The House’s concurrence vote on the bill as amended by the Senate was 51-8:

Following Thursday’s concurrence vote in the House, Rep. Chuck Gray (Natrona County) celebrated its passage in through the legislature. Gray was the primary sponsor of the bill and said such legislation has been among his priority’s since first being elected to the legislature.

“Today’s passage of my Voter ID legislation is a victory for the citizens of Wyoming,” Gray said in a press release. “It is a necessary function of our Republic to provide our citizens with confidence that our elections are secure, fair, and valid. I am proud that we were able to meet this important milestone for Wyoming.”

The bill proposes requiring voters to show one of the following forms of ID in order to vote at the polls:

The bill would allow people who don’t show a voter ID before voting at the polls to still cast a provisional ballot, giving them an extra day to present documentation of their eligibility to vote in the state.

The Senate’s 28-2 vote on Thursday was as follows:

Governor Mark Gordon has several options regarding the legislation. He could sign the bill into law or veto it. He could also allow the legislation to become law without his signature by not vetoing it.