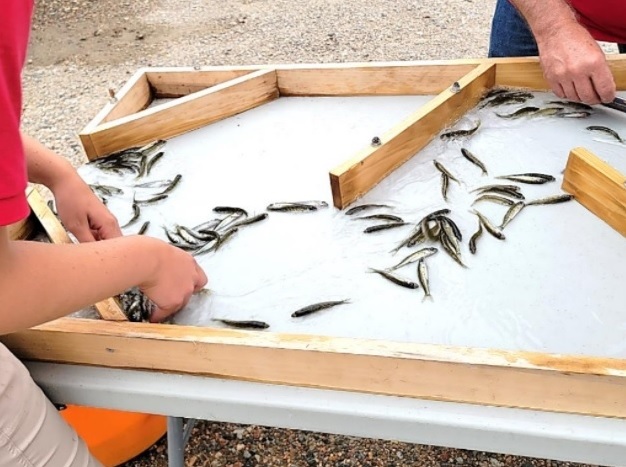 CASPER, Wyo. — The Wyoming Game and Fish Department said on Monday, September 27 that three reservoirs in the Laramie Region were stocked with 480,000 fingerling walleye this summer.

The walleye stocked into Hawk Springs and Wheatland Reservoir #1 were “slightly larger than the ones stocked in Grayrocks with the hopes that survival rates would increase by stocking bigger fish,” Game and Fish said.

The walleye were raised in outdoor ponds at the Garrison National Fish Hatchery in North Dakota. Game and Fish said that the department trades trout eggs for walleye from other states.

Because the walleye were raised in another state, Game and Fish Laramie Region biologists inspected the deliveries before the fish were stocked into the reservoirs. This was done to ensure the deliveries were free of any invasive plants and animals before being stocked into Wyoming waters.

“Garrison Fish Hatchery does a really good job sending us clean fish, but we still need to go through them to ensure all [is] good,” said Laramie Region Fisheries Supervisor Bobby Compton.