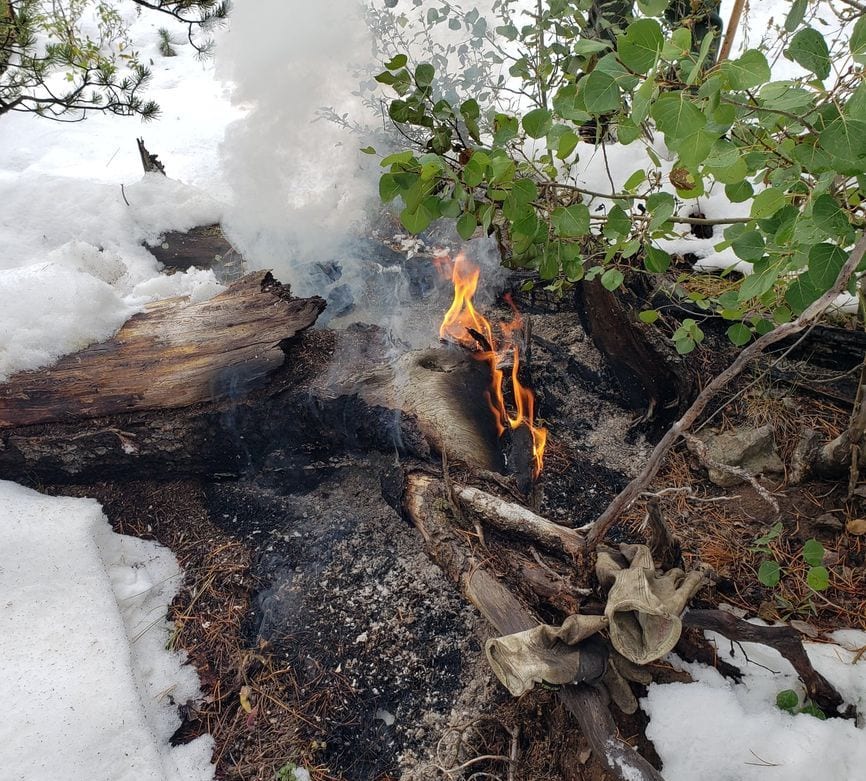 CASPER, Wyo —  Residents who have returned home to areas within the Mullen Fire’s “footprint” could continue to see smoke and feel heat from the forest even after the current snowstorm, according to Jon Wallace, Incident commander from the Southern area Blue Team.

“Structures that remain within the fire footprint are safe at this point,” Wallace assured in a live community update on Friday. “We’ve gotten a lot of calls about concerns with smoke and heat…. You are going to continue seeing smoke and fire flare ups.”

“There is still heat on the forest within a few hundred yards of structures… if you see heat close to your house, let us know.” Wallace said that heat 300 feet or further from structures out was not a concern.

The fire is has burned 176,878 acres since it began Sept. 17. It is listed as 85% contained Saturday, Oct. 24, and Wallace said more containment is expected over the next few days.

Wallace said that residents would likely see increased falling of the lodgepole pines, much of it already dead from beetle-kill, that have been further weakened at the base by the fire.

These fallen trees, or “snags,” could impact access in and out of the repopulated areas like Fox Park, Foxborough, and Miller Lake.

281 personnel remain on the fire, down from the over 1,200 that were present two weeks ago. Many of those resources had been directed to the Cameron Peak Fire, which make a significant run to the east last Friday, and surge forces were assigned to protect communities around Storm Mountain there.

Personnel now continue to monitor active hotspots and clean up the miles of hose and other supplies used in firefighting and structure protection operations. Stage II fire restrictions, meaning no open camp fires, are still in effect in the Medicine Bow Routt National Forest.

Several truckloads of supplies used on the are returned each day to base camp, according to incident command. Then they are prepared for return (“backhaul”) to the Rocky Mountain Interagency Support Cache in Lakewood, CO.

“This return process occurs throughout the life of a long-duration incident like the Mullen Fire. It becomes particularly busy as a fire approaches containment and firefighters begin to demobilize from the fire.”

“A very high percentage of the supplies will be inspected, cleaned, refurbished and repackaged for reuse on future fires. The refurbishment process can last for several months after a busy fire season in the Rocky Mountain Area like 2020,” Incident command said.