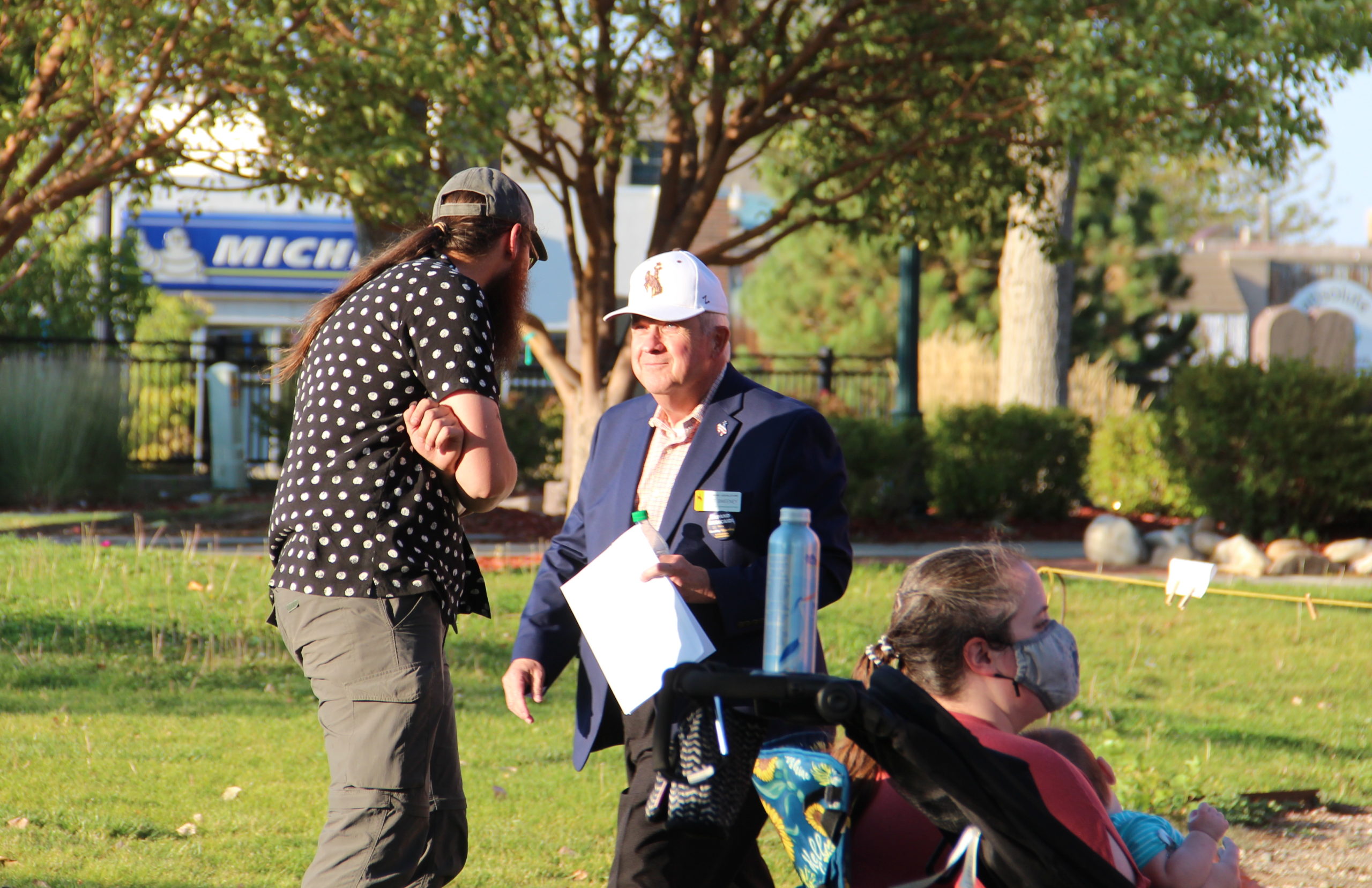 CASPER, Wyo. — Proponents of a decade-long push to expand Medicaid coverage in Wyoming are hoping a grassroots groundswell and new federal incentives will put the proposal over the top when it is pitched again to the Wyoming Legislature in February.

The House Revenue committee is also set to address the topic Wednesday, September 29 at the Wyoming Oil and Gas Conservation Commission in Casper.

The group Healthy Wyoming held vigils across the state on Friday to raise awareness about projected savings for the state under expansion and share stories of people who have suffered and died without health care.

The Casper contingent met at the Nicolaysen Art Museum Friday to hear from health care providers, legislators, and people directly affected the issue.

“This issue is a matter of life or death,” said Healthy Wyoming advocate Andrew Schneider in his remarks. He said people who can’t afford to go to the doctor allow chronic conditions, including mental illness, to “linger and worsen.” They also skip cancer screenings and other preventative measures, and can’t budget for both prescriptions and food.

Since the 2010 Affordable Care Act, 90% of the cost of expansion would be paid by the federal government and Wyoming would pay 10%.

The Wyoming Department of Health (WDH) estimates expanding coverage would cover an estimated 24,000 (between 13,000 and 38,000) residents, and net the state $34 million in General Fund savings over the first biennium.

Most of those are women, Schneider said, “specifically young, single mothers.” Others are just below retirement age and don’t yet qualify for Medicare. Some work one or more low-wage jobs without benefits, even making $15 an hour.

The WDH estimates that 60% who would benefit from expansion are currently employed.

The House Revenue committee bill, which failed to advance in the last session, would expand Medicaid coverage for those with incomes at 100% of the federal poverty level to 138%. Currently, people who make $17,000 a year make too much money to qualify for Medicaid, but not enough to effectively get a plan on the Marketplace.

We call it ‘the gap,’” Schneider said.

“The gap only exists because our state hasn’t expanded Medicaid,” said Matthew Snyder, an agency manager for Humble Horizon Home Health and advocate for seniors. “That puts a greater strain on the other areas of care along the continuum.”

Hospitals are responsible for a portion of the costs for uninsured patients, paying over $100 million annually in the state, Schneider told Oil City Friday, leading to more expensive procedures and driving up insurance premiums.

Snyder said everyone knows someone who is affected by the issue, himself included.

He said he was heartbroken that his own mother, a cancer patient living in Florida, can’t get coverage in Wyoming, where she could be closer to the family.

“Simple policy decisions are keeping families like those we serve in home health and families like my own from being together, being healthy, and returning to their homes and communities to contribute like they want to.”

Without insurance, he was unable to achieve a full recovery, became afflicted with gout, and sold a cherished Camero to pay bills. His health declined rapidly and was found dead in his home.

House District 58 Representative Pat Sweeney said Friday that the latest Medicaid expansion effort could be more “viable” this time around, given an additional incentive through the American Rescue Plan Act.

For the first two years, the federal government will pay an additional 5% of expenditures on the existing Medicaid pool. The state’s existing 50% federal match is skewed by Teton County, the wealthiest in the country, Sweeney said.

Sweeney also said that the bill includes mechanisms to opt out of the deal if the federal government changes the  90/10 expansion match ratio or if they fail to negotiate the additional 5% match for existing Medicaid coverage beyond the first two years.