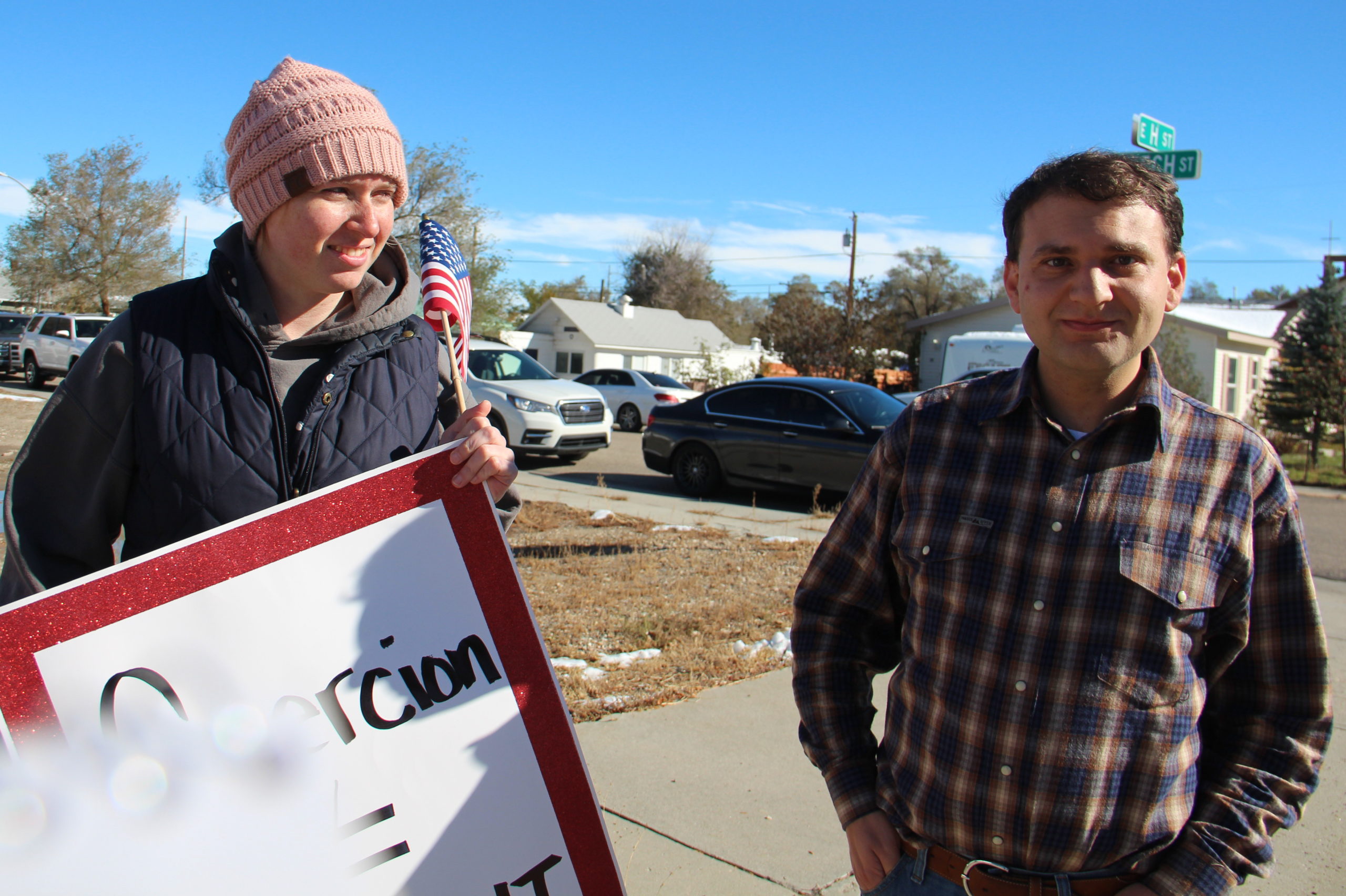 CASPER, Wyo. — The Wyoming Legislature is set to hold a special session starting Tuesday, October 26 as the country awaits the finalization of Biden administration rules mandating that employers with over 100 employees require their employees to either get vaccinated against COVID-19 or submit to weekly COVID-19 testing.

Rep. Chuck Gray is the only legislator from Natrona County sponsoring legislation that is listed for consideration during the upcoming special session. Gray is co-sponsoring bills that would prohibit employers from requiring employees to get vaccinated against COVID-19 and that would ban so-called “vaccine passports” in the state.

The proposed legislation would also entitle anyone who is refused employment or otherwise discriminated against by an employer based on their vaccination status to initiate an action in court to seek damages of “not less than” $500,000 along with other relief from the employer.

The bill would also remove immunity from health care providers or businesses who require COVID-19 vaccinations to comply with state or local public health orders.

In the absence of federal health orders, the bill would immediately outlaw the ability of employers in the state to implement vaccine requirements for employees. House Bill 1004 and its mirror bill in the Senate are just one of various approaches Wyoming legislators have proposed for consideration during the special session to ban or limit vaccine mandates.

Even if those proposals pass in Wyoming, they may be doomed to fail once rules for the Biden administration vaccine mandate are finalized. Stateline, an initiative of The Pew Charitable Trusts, cited legal experts in reporting that legislative attempts to prohibit the Biden vaccine mandates are unlikely to hold water.

“If the federal law is valid, it’s the supreme law of the land — end of story,” University of Montana Blewett School of Law Professor Anthony Johnstone said in the Stateline article.

When the Wyoming Democratic Caucus announced that all of its members would vote against holding the vaccine mandate-focused special session, it noted that federal law takes precedent over state law, citing the Supremacy Clause of the U.S. Constitution. The caucus also cited the fact that the Biden administration rules had not been finalized and the $25,000-per-day cost of convening the special session as reasons not to hold the special session.

The Wyoming Democratic Causcus said that its members believe the proposed special session “would be an undue burden to the taxpayer, a waste of time and resources for legislators and our staff, and would further cause an undue burden to Wyoming businesses who would be forced to choose between following state OR federal law, requiring them to be in violation of one or the other.”

Gray is also co-sponsoring legislation that would ban so-called vaccine mandates in Wyoming. Governor Mark Gordon issued a directive in May preventing state agencies, boards and commissions from requiring people to show “vaccine passports” in order to access state spaces or get state services.

House Bill 1003 and its mirror bill in the Senate would further limit the potential use of vaccine passports in the state. That proposed legislation would prohibit insurance from using COVID-19 vaccination status as a reason to reject or cancel a person’s coverage or as a reason to increase insurance premiums.

The proposed legislation would also prohibit insurers from providing financial benefits or other incentives to health care providers based on their attaining or failing to attain some rate of COVID-19 immunization.

The bill would make it a misdemeanor to violate its provisions, punishable by up to six months in prison and/or fines up to $750.

The legislation would also have the effect of prohibiting making COVID-19 vaccinations mandatory in order for children to attend a child care facility or school in the state.

Other legislation has also been proposed for consideration during the special session that takes aim at banning vaccine mandates application in schools.

A full list of bills that have been proposed for the special session is available from the legislature’s website.