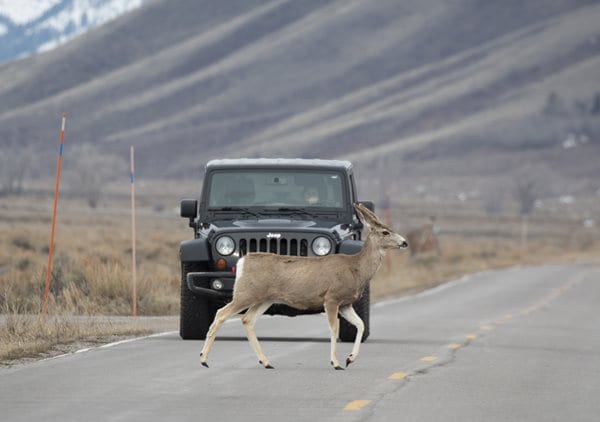 With the State of Wyoming’s revenue picture looking relatively rosy compared with a year ago, Gordon is recommending that the state do a variety of things with unanticipated money it has. One example is a request that some money be infused into the Wyoming Wildlife and Natural Resource Trust.

The trust, initially founded in 2005, provides a mechanism for funding projects that conserve wildlife habitat and natural resource values in the state. Projects the trust has supported include everything from easements to fence removal to projects aimed to improve wildlife safety along Wyoming’s highways. Any project that is designed to improve wildlife habitat or Wyoming’s natural resource value is eligible to seek funding support, according to the Wyoming Wildlife and Natural Resource Trust’s website.

An initial $110 million investment that got the trust started has since resulted in an estimated $800 million in return, Gordon said in his letter to the Joint Appropriations Committee. Approximately 1,000 grants have been provided to support projects in every county in Wyoming.

The corpus of the Wyoming Wildlife and Natural Resource Trust is at about $190 million.

“The goal amount of the corpus is a minimum of $200 million,” Gordon’s letter stated. “The WWRNT Board of Directors has proposed that $5 million dollars of earnings from the fund currently not needed for ongoing projects serve as a match to $5 million of legislatively appropriated funds. I heartily endorse that proposal and by this letter request the remaining $5 million from the General Fund.”

The governor’s full letter explaining his request to infuse $5 million from the General Fund into the Wyoming Wildlife and Natural Resource Trust is as follows: