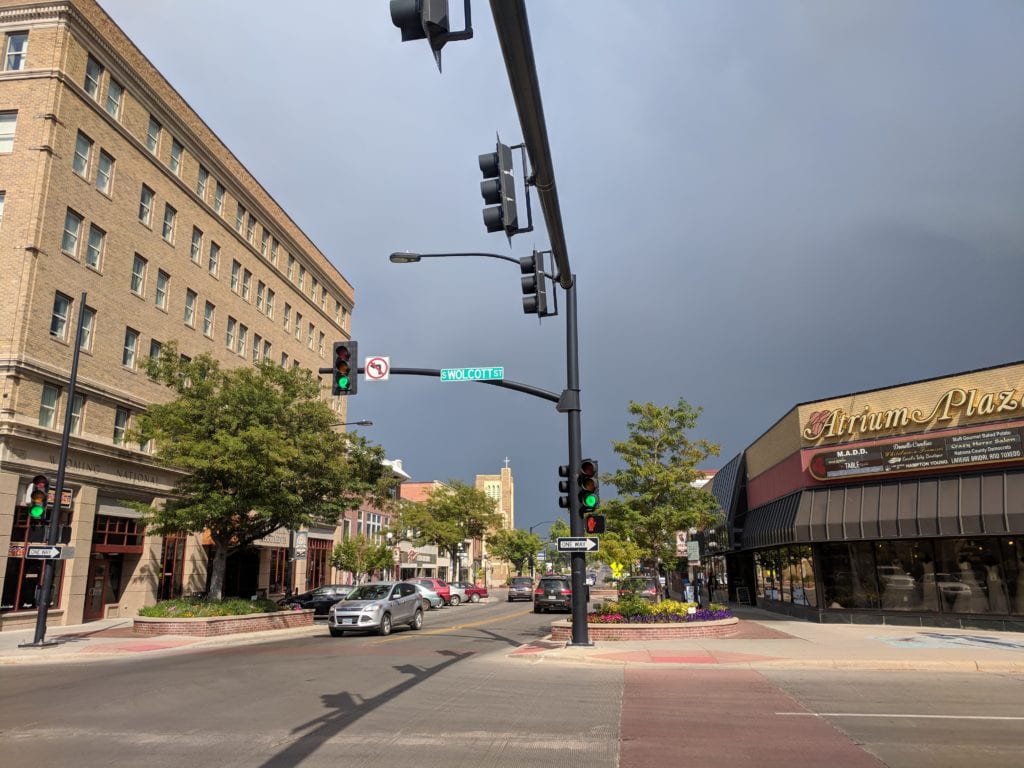 Staff researched whether American Rescue Plan Act (ARPA) dollars might be available to help cover the estimated $750,000 cost of converting all of the one-way network, but found that ARPA money is not available, City Manager Carter Napier told the council during its pre-meeting work session on Tuesday.

Other federal dollars might be available through the Infrastructure Investment and Jobs Act, but Napier said that it is unclear whether money allocated to Wyoming will be made available to municipalities for projects like the one-way conversion effort.

When the council discussed the one-way street conversions in March, Napier said that the city’s Capital Reserves Fund was an option to pay for the project. That fund had $3.5 million available. However, with the city responsible for paying money into a state account to help shore up the Fire A pension plan, Napier said the reserve dollars are needed to put toward a $4 million fund toward those obligations.

While there could be some cost savings by doing the conversions along with general rehabilitation, Public Services Director Andrew Beamer said he doesn’t think that would bring costs down substantially. He added that the one-way sections of Wolcott and Durbin are not on the city’s upcoming capital improvements schedule for general rehabilitation and are “at least five years out.”

Councilmember Bruce Knell said he thinks it is important the one-way conversions happen sooner rather than later, particularly with the city investing in improvements to Center Street off of Interstate 25, in part to direct people into the downtown area.

“I think it is imperative it gets done,” Knell said, suggesting that the city keep it as a priority in case the city sees unexpected cost savings on other projects.

Councilmember Jai-Ayla Southerland asked Napier if he could provide more detail about the federal money that may be available for the project. Napier said that the city put out a request through the Wyoming Association of Municipalities to seek how municipalities might have access to Infrastructure Investment and Jobs Act dollars allocated to the state, but that an answer to this question remains “very unclear.”

“Hopefully by the end of the calendar year we will have a lot more clarity,” Napier said, though he cautioned that this is not guaranteed.

Mayor Ray Pacheco suggested the council keep the one-way conversions in mind when it sets a capital construction budget for the new fiscal year that begins July 1 in case funding can be found, though he said it appears that options are limited. The council indicated general agreement that the city should continue to seek funding opportunities for the project to make it happen at some point.