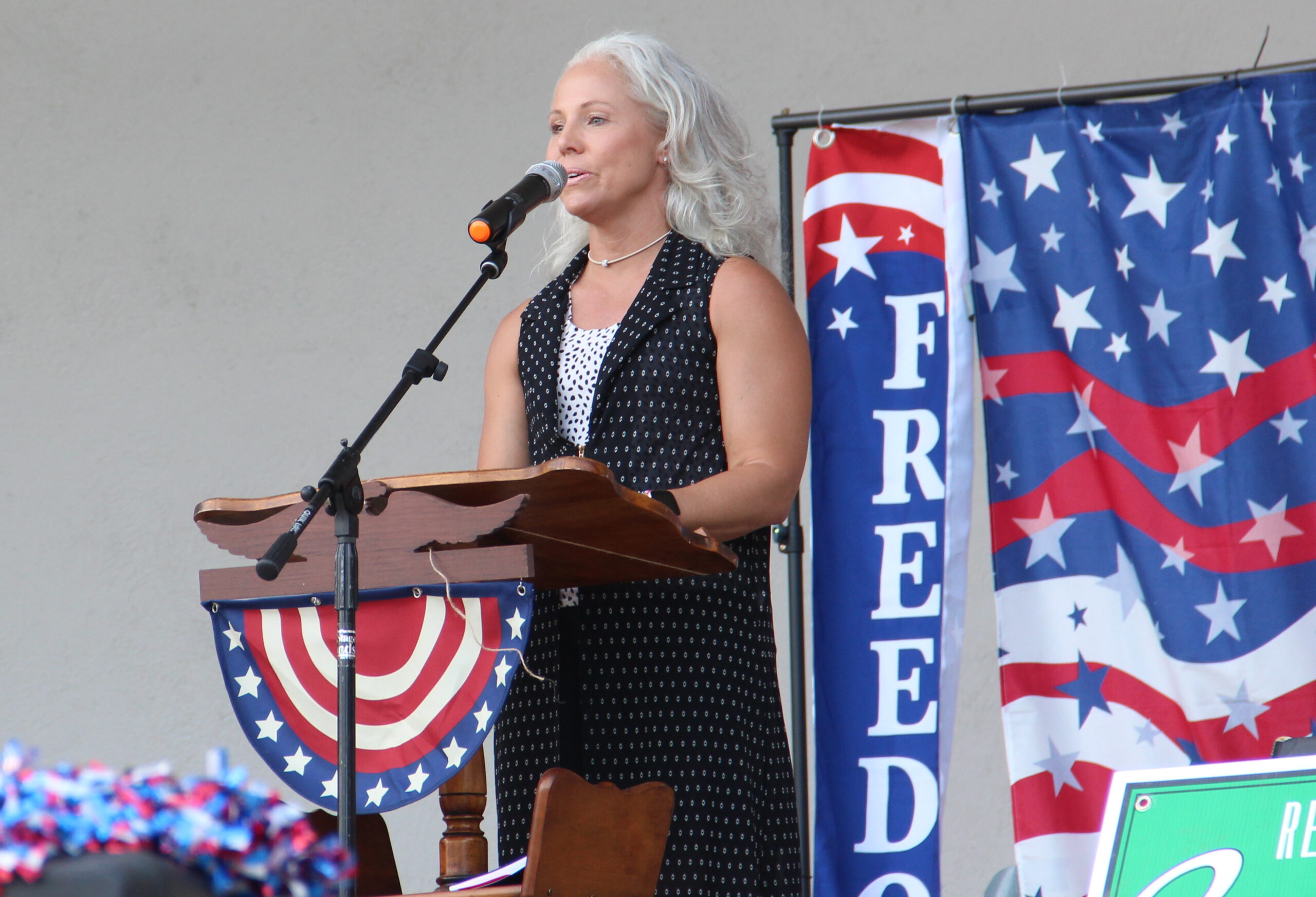 Jeanette Ward at a Politics in the Park event in Casper this summer. (Gregory Hirst, Oil City)

CASPER, Wyo. — Jeanette Ward (R) defeated Robert Johnson (D) in the General Election race for the House District 57 seat in the Wyoming Legislature, according to unofficial results from the Natrona County Clerk’s Office.

Ward, who previously served on a school board in Illinois before moving to Wyoming, defeated Thomas Myler in the Republican Primary race for the House District 57 seat.