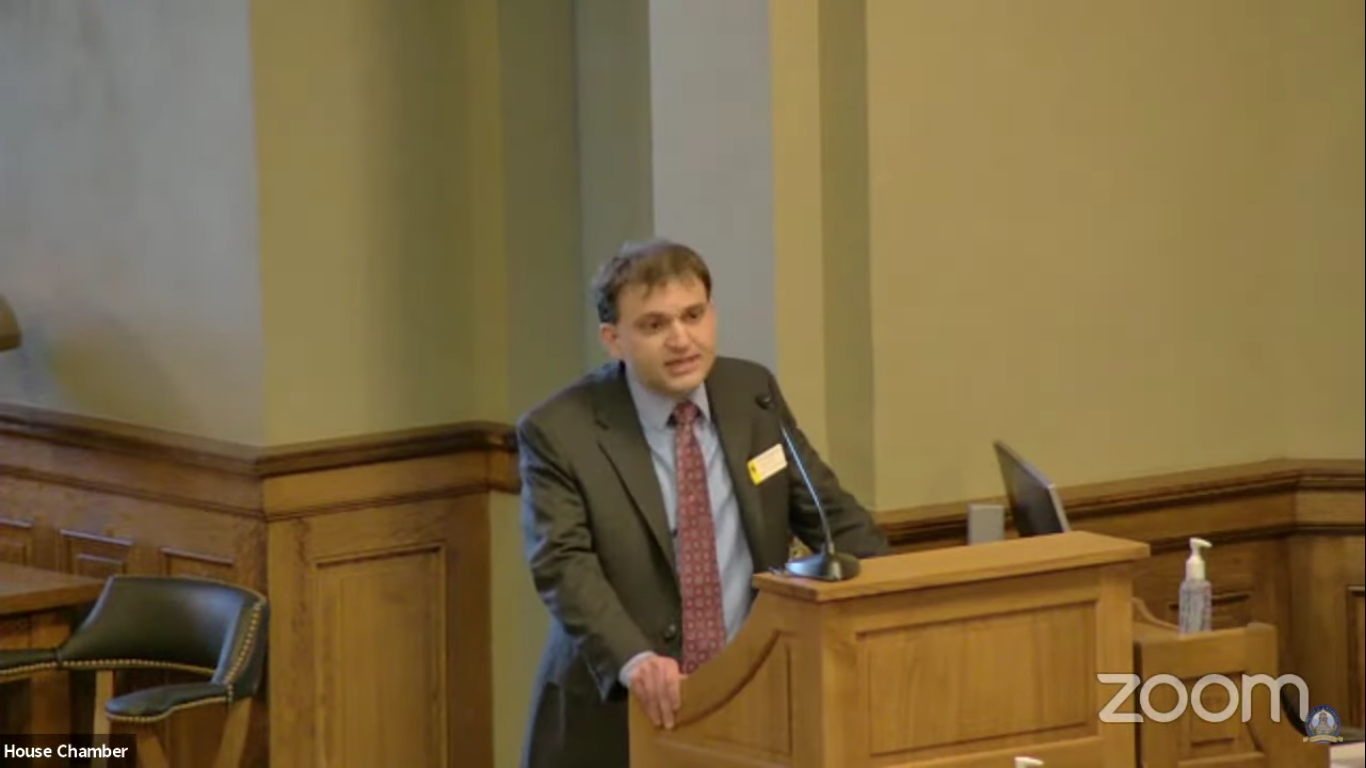 CASPER, Wyo. — Rep. Chuck Gray (Natrona County) on Wednesday issued a statement in regard to Rep. Steve Harshman (Natrona) cursing him over a hot microphone during the legislature’s special session on Thursday, October 28.

During Thursday’s session, Harshman was participating remotely. With his microphone live, Harshman’s insult directed toward Gray could be heard broadcast through the chamber in Cheyenne.

Gray said on Wednesday that he thinks Harshman’s insults were a reaction to his calling for a recorded vote on an amendment he had proposed to House Bill 1001. At the time, the bill contained language that would have Wyoming prohibitions against employers requiring employees get vaccinated against COVID-19 removed should challenges to vaccine mandates in the courts fail.

Gray’s amendment would have made it so that the bill would contain no language to have Wyoming’s prohibitions on employer vaccine mandates automatically repealed should a federal mandate come into effect. That amendment failed on a vote of 18-40, as explained in this article.

“Last Thursday, I brought an amendment to stop Biden’s unconstitutional mandate,” Gray said in his statement on Wednesday. “I asked for a recorded vote, because it’s pivotal for elected officials to be on the record about the work they do.”

Harshman on Friday apologized to Gray and the entire House of Representatives for the insults and the language he had used. Speaker of the House Eric Barlow chastised Harshman for his comments and said that he had committed three breaches of conduct:

Barlow revoked Harshman’s right to participate in the special session virtually as a consequence for the breach of conduct.

After Gray issued his statement on Wednesday, Oil City attempted to contact him by phone and email to ask whether he accepts Harshman’s apology and whether he thinks Harshman should face any further formal consequences beyond those doled out by Barlow. Gray did not immediately respond to these requests for comment.

Harshman used at least one swear word during the hot mic comment and possibly a second, though the audio was somewhat muffled. Harshman’s insult directed at Gray can be heard at around the 1:24:20 mark in the following video of Thursday’s floor session: