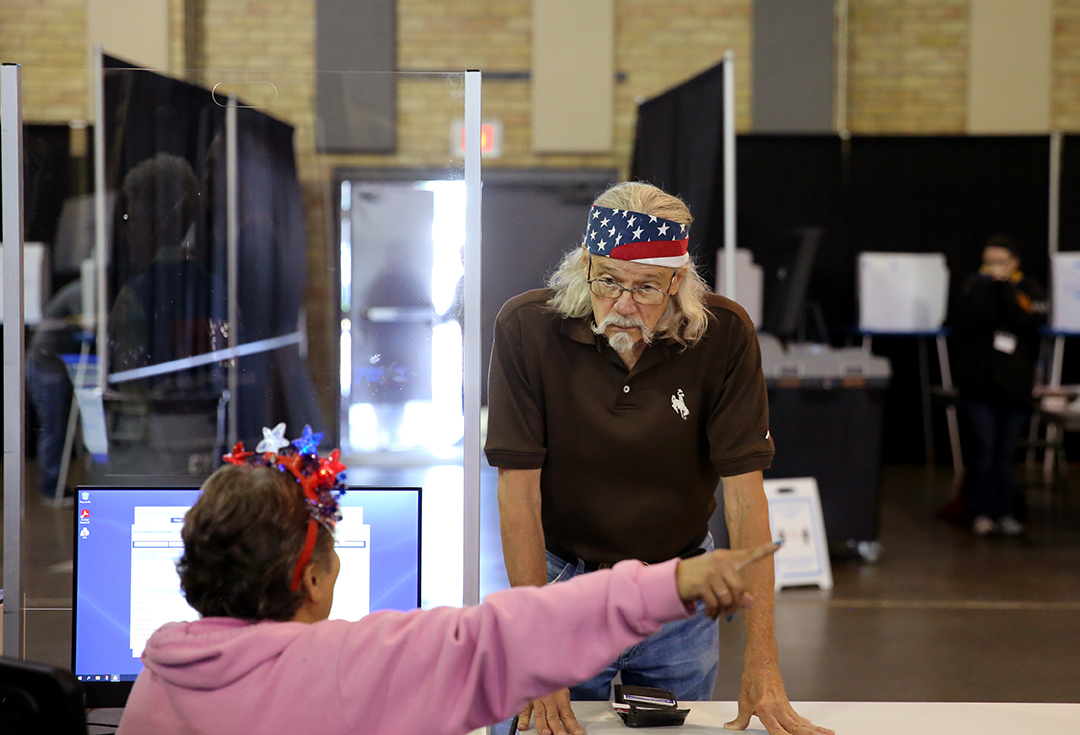 CASPER, Wyo. — Voting for the 2022 General Election is getting underway, and Natrona County voters will be asked to weigh in on several local and statewide ballot propositions and select candidates for local, county, state and federal office.

This Oil City Voter Guide includes information about how and when people can vote. Voters can also use it to learn about ballot issues and to get to know candidates. In addition to this guide, people can check out the Elections tab on the Oil City News website for all of our election-related coverage.

People eligible to vote can register on Election Day when they go to vote or in advance. Identification is required to register to vote. Registered voters are also required to show ID when casting a ballot. Information on accepted forms of ID is available from the Wyoming Secretary of State’s Office.

Absentee voting begins on Friday, Sept. 23 in Wyoming. Absentee voting is an option for any qualified voter in the state. In Natrona County, people can request an absentee ballot by visiting the Natrona County Elections Office at 200 N. Center St., Room 154, by calling 307-235-9217 or by requesting one online.

Military or overseas citizens can find absentee voting information on the Wyoming Secretary of State’s website.

Voters in Natrona County will be asked to weigh in on whether to renew the optional countywide 1% sales and use tax for another four years.

The tax has generated over $200 million in revenue shared between Natrona County and the municipalities of Casper, Mills, Evansville, Bar Nunn, Midwest and Edgerton since it was first approved by voters in 1974.

The City of Casper anticipates its share of one-cent revenues will total around $64.5 million over the next four years should voters choose to renew the tax. The Casper City Council has approved a plan as to how those revenues would be used if the tax is renewed. Details about Casper’s plan for the money are available in this article.

Voters will be asked to consider renewing the local lodging tax. Lodging tax is imposed on people staying in hotels, motels, campgrounds and similar establishments.

Therefore, the question before Natrona County voters this fall will be whether to approve the 2% local lodging tax.

In Natrona, the lodging tax goes to support the Natrona County Travel & Tourism Council, which also operates under the name Visit Casper. That entity works to promote travel and tourism in the Casper area. The Natrona County Travel & Tourism Council approved a new budget for fiscal year 2023 in July that includes spending authority of up to $1,801,600, about $300,000 less than in its FY 2022 budget.

Further details regarding the local lodging tax ballot proposition are available in this article.

Voters will be asked to weigh in on two proposed amendments to the Wyoming Constitution during the General Election.

The ballot proposition reads as follows:

A “FOR” vote on this ballot issue will support amending the Wyoming Constitution as proposed. While that would create a pathway to allow counties and municipalities to potentially invest in equities, action from the Wyoming Legislature would be needed before that could happen. A so-called supermajority vote in both the Wyoming Senate and Wyoming House of Representatives would be needed to pass legislation authorizing local governments to invest in equities.

An “AGAINST” vote on the Amendment A ballot issue will support leaving in place the prohibition on counties and cities from investing in equities.

Further information regarding how the state invests in equities and how the ability might impact local governments is available in this article.

Voters will be asked to weigh in on an amendment to the Wyoming Constitution to raise the mandatory retirement age for Wyoming Supreme Court justices and district court judges.

If the amendment passes, the retirement age will be raised to 75. If it fails, it will remain at 70.

Here are the names that will appear on General Election ballots for local, state and federal offices, according to the Natrona County government’s website. Asterisks denote an incumbent.

Federal and State of Wyoming races